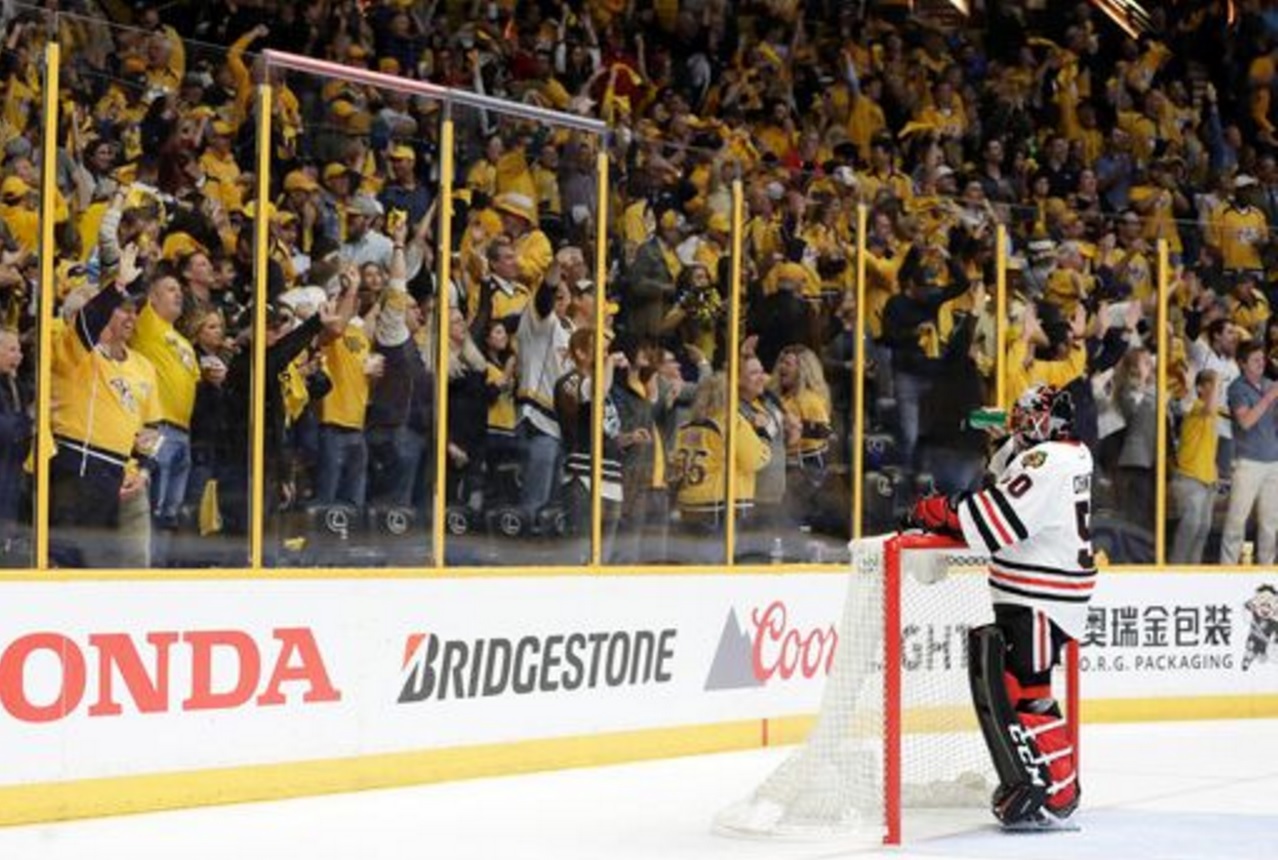 Chicago was supposed to have their deepest blue line in years. Brian Campbell was atrocious and Johnny Oduya was worse.

Chicago was supposed to have a group of rookies who would make a significant impact in a deep playoff run. Ryan Hartman spent more time in the penalty box than he did making an offensive impact and Nick Schmaltz morphed back into the kid who looked lost and scared of his own shadow in October.

Chicago was supposed to have the better goaltender. Corey Crawford wasn’t bad, but Pekka Rinne was fabulous. He allowed three goals in four games. He had a .976 save percentage in the series.

In the four games, the Blackhawks scored one even-strength goal.

The Blackhawks got out-skated, out-hustled, out-worked, out-coached, out-scored and out-classed. Nashville was, in every aspect of the series, the better team. And it wasn’t close.

117 thoughts on “Predators Kick Blackhawks’ Ass Out Of The Playoffs”