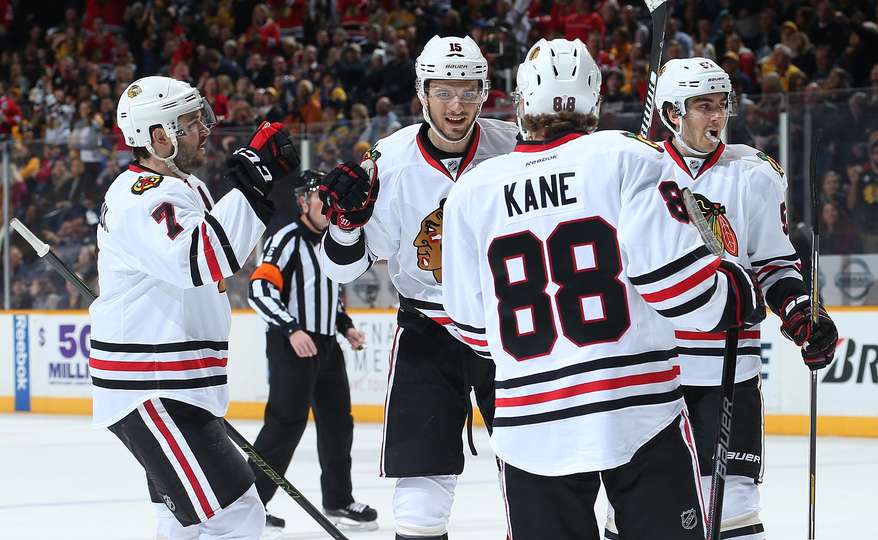 As the NHL takes a week off to celebrate the best in the game, it’s a good time to look around the league and take stock of where teams and individuals rank against their peers at the “mid-point” of the season.

Over the next few days, we’ll look ahead at the major awards presented in the NHL and see if Blackhawks players should rank among the finalists – or if a Chicago player should win – if the season ended at the Break.

We’ll start with the Hart Trophy, given to the league’s most valuable player. Right now, Kane is the front-runner for the league’s top individual honor. He has more multi-point games than contests in which he failed to register a point, and has been the most dynamic offensive force in the game. There is no denying that Kane has been the best individual player in the NHL over the first half of the season. If not for Kane and Artemi Panarin, the story in the league right now would be the dominance of Benn and Tyler Seguin in Dallas. They have 58 and 53 points, respectively, and Benn also ranks second in the NHL with 28 goals scored (also behind Kane). Benn is also plus-16 and led the Stars to an incredible start to their season. Dallas has cooled off, but if Benn continues to be on a 100-point pace, he’ll be in Vegas for the Awards in June. Yes, defensemen have their own award. So do goaltenders, and that didn’t stop the writers from recognizing the brilliance of Carey Price last year when Montreal’s netminder won the Vezina and Hart. And Karlsson is on pace to have an equally spectacular season in a season that has many of the usual suspects – Crosby, Ovechkin, Stamkos – having relatively pedestrian seasons. Karlsson is averaging a point per game from the blue line; an 85-90 point season for a defenseman would garner enough attention to force Karlsson into the MVP conversation. It’s Kane’s to lose at this point. If he can stay healthy for 82 games, this will be a season to remember in Chicago.