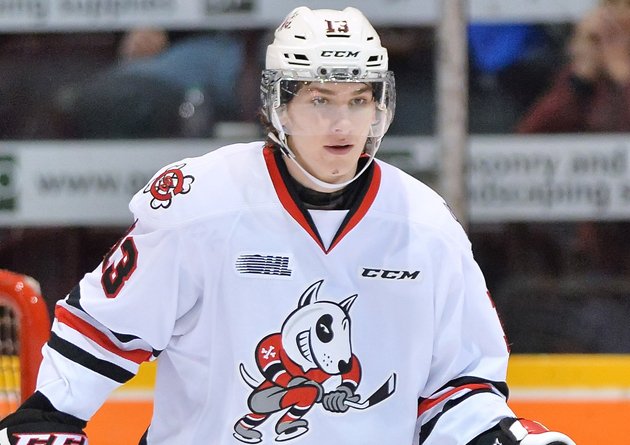 Knott signed a three-year entry-level deal with the Blackhawks at the end of September. He has four goals and 13 assists in 14 games this season with Niagara.

“Graham has size and skill and will be a great fit in our top-six forward group,” Windsor GM Warren Rychel said in the release. “He can play both center and left wing for us and will help what is already two pretty good power play units.”

Knott is expected to make his Windsor debut on Saturday. Windsor is in first place in the West Division; Knott leaves Niagara in last place in the Central Division.

Forward Roy Radke has six goals – including one game-winner – and five assists in 12 games for the Barrie Colts. Barrie is in fourth place in the Central Division, ahead of only Niagara.