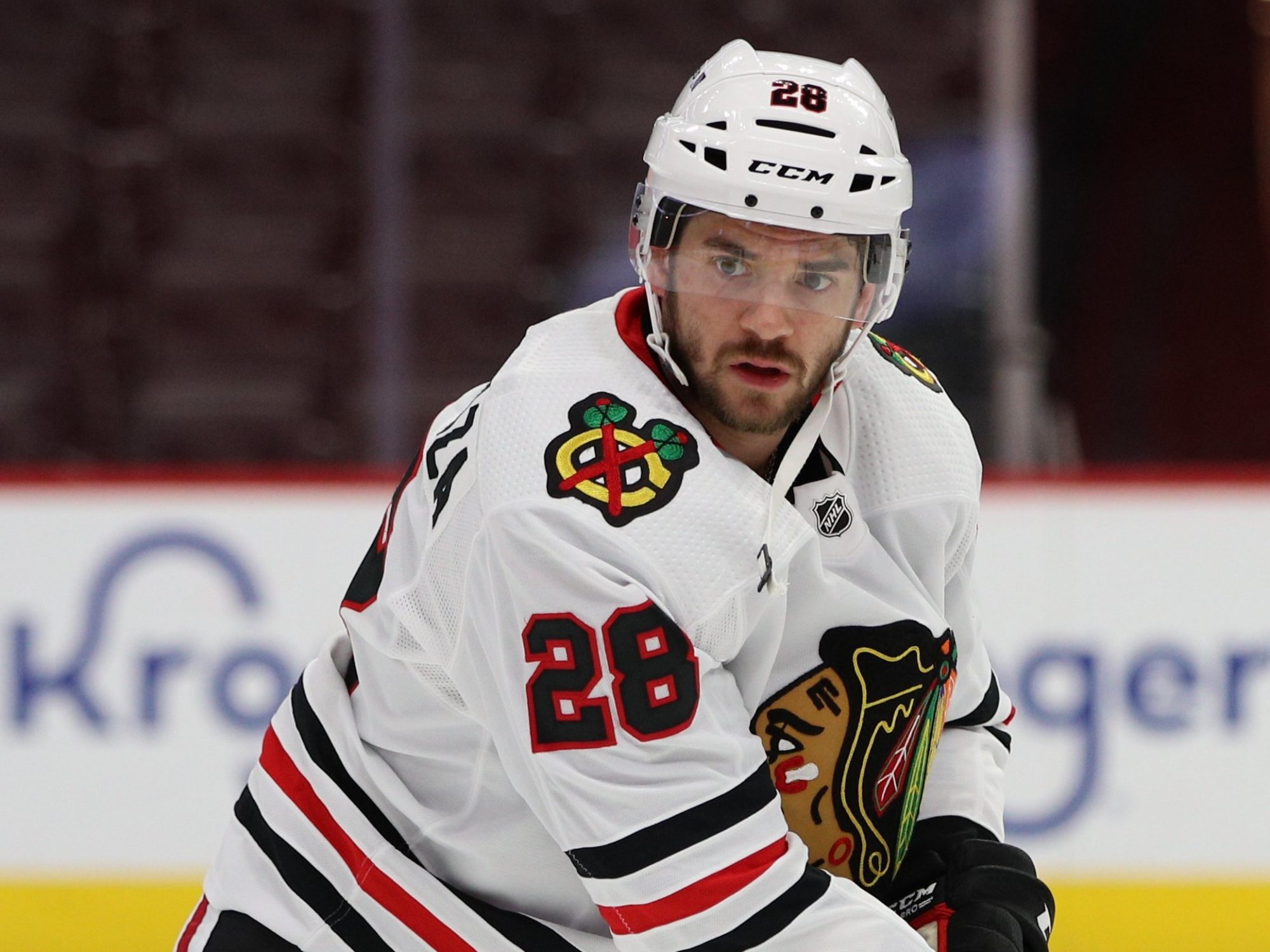 With the NHL trade deadline now fully in the rearview mirror, the Blackhawks needed to settle in for an important stretch of games. Two games in Detroit followed by three games against Nashville represent the (relatively) easiest series of games left on the schedule for the Blackhawks.

If Chicago wants a piece of the playoffs, they need to do damage over the next eight days. And they started their quest against a Detroit team that made one of the biggest trades at the deadline, acquiring Jakub Vrana and Richard Panik from Washington in a package for Anthony Mantha.

The Hawks were without Adam Boqvist and Calvin de Haan, both of whom were out because of injuries. Nikita Zadorov and Ian Mitchell returned to the lineup in their places, both with something to prove if they want to stick in the NHL lineup.

The opening 20 minutes weren’t great for the Blackhawks, but they escaped with a one-goal lead. At 14:47 into the first, Duncan Keith put his goal scorer skates on and rifled a shot home for his third of the season.

Other than Keith’s goal the first period was pretty flat from Chicago. The Hawks were credited with three shots on net in the entire first period; they limited Detroit to seven shots but the offense wasn’t consistent at all for the Hawks.

When you show up flat, even the worst teams in the league can hang around and make things more interesting than they should be able to late in games. The Blackhawks have not been good enough over the past six weeks to show up flat, and Detroit has been playing better hockey recently.

So it wasn’t a surprise when the Red Wings tied the game at one. Troy Stecher scored his second goal of the season at 4:49 into the second to bring Detroit back to even.

Chicago stayed flat and Detroit continued working harder. Vrana came out of the penalty box and found himself all alone accepting an easy exit pass. He gave the Red Wings the lead at 8:55 into the second period. Kevin Lankinen was under fire and was not getting much (any) help.

At 11:15 into the second, Stecher scored his second of the game to give Detroit a two-goal lead. Keith was falling over Lankinen and Wyatt Kalynuk had a good view of the pass being accepted wide open on the doorstep. Overall sloppy play was killing the Hawks.

Remember the other night when the wheels felt like they were falling off and Jeremy Colliton called his timeout to tell the team to get their act together? No impact speech happened in this one.

The Blackhawks desperately needed some emotion or momentum but it wasn’t happening. Late in the second period the Red Wings took a penalty for too many men on the ice but the Hawks fell into their pass-happy “attack” that produced nothing. Colliton tried rolling out a five-forward lineup for a power play and it didn’t help/change anything.

Chicago had three power plays in the second period and got nothing from any of them.

Lankinen gave up an ugly goal to start the period. Then lack of communication and concentration cost the Hawks a second goal – and a third. When the horn finally sounded ending the second period, Chicago was looking up at a two-goal deficit against a team they have to beat if they want to be in the postseason. Detroit had an 18-14 shot advantage after two penalties.

When we got a television timeout in the middle of the third period, Detroit had a 7-3 shot advantage. The Red Wings were completely clowning the Hawks, skating circles around them for extended periods of time in the Hawks’ defensive zone. When Colliton threw his lines in the blender to find a spark, Patrick Kane found… Philipp Kurashev as his center.

If there was one team on the ice that was fighting for a playoff spot, one would have thought it was the Red Wings.

There was zero sense of urgency from the Blackhawks, and the coaching staff did little to spark a change. Emotion was lacking, execution wasn’t existent and the Red Wings happily took the two points.

Making matters worse, Nashville lost. The Blackhawks could have closed the gap but they failed to even get off the bus in Detroit.