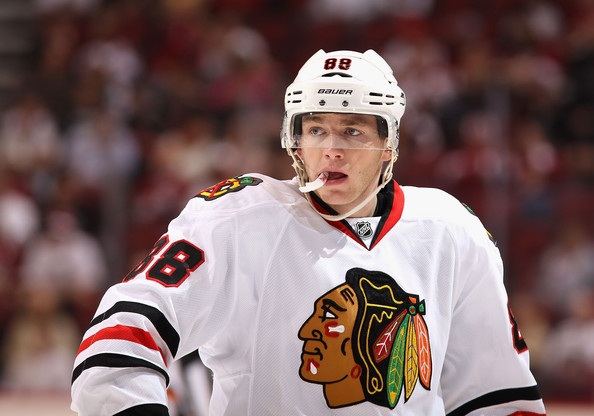 On Tuesday, Mark Lazerus at the Chicago Sun-Times wrote a common sense column about the Patrick Kane situation. In it, he notes Kane’s history of stupid mistakes in front of too many cameras, and wonders if trading Kane is the only real next step for the franchise.

One new piece of information that surfaced in the column is that, according to a source, at least five teams have contacts the Blackhawks about trading for Kane since the allegations surfaced.

However – and this is important – Lazerus makes one clear distinction in the piece.

“So regardless of the legal outcome of the investigation, Kane’s future with the team is murky at best. To be clear, there has been no firm indication yet that the Hawks truly are willing to take that drastic step. But it’s a step the Hawks must consider.”

What isn’t mentioned in the article is Kane’s full no-move clause. Having the highest cap hit in the NHL limits the Blackhawks potential trade partners; Kane being able to dictate the terms of his departure because of his NMC is another. That, and there is still a legal process taking place.