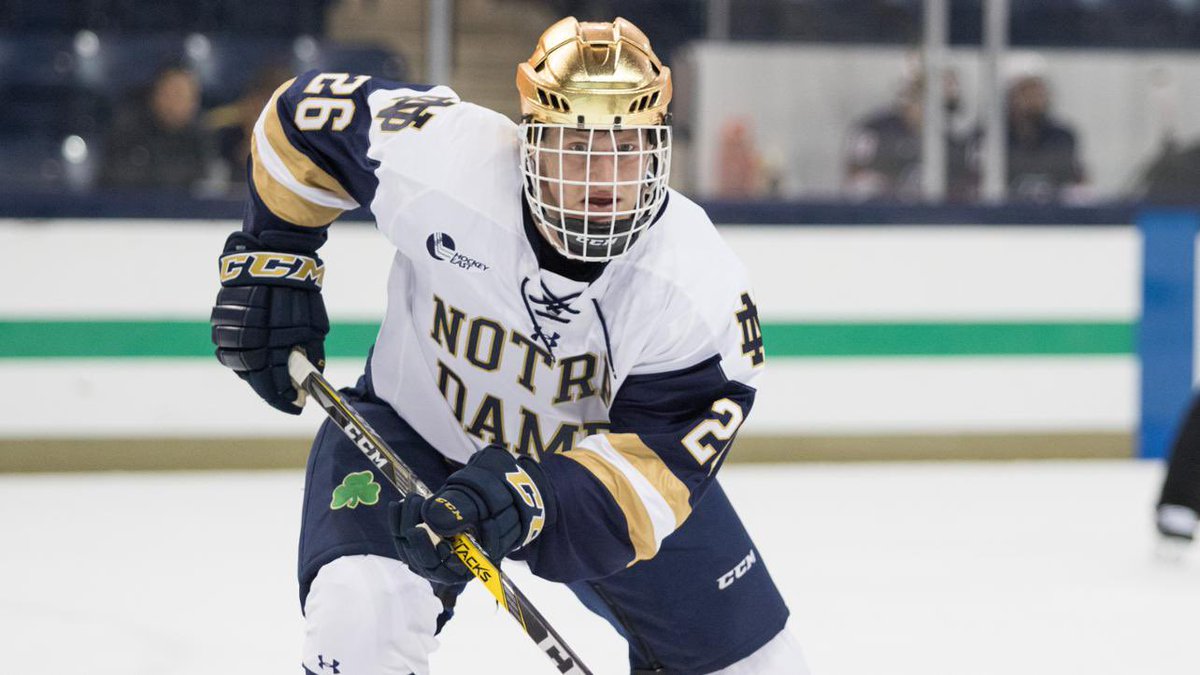 On Tuesday morning the Chicago Blackhawks announced the team has signed forward Cam Morrison to a two-year, entry-level contract with a $925,000 AAV.

Cam you believe?!@NDHockey forward Cam Morrison has inked a two-year contract that runs through the 2021-22 season ($925,000 AAV)! #Blackhawks pic.twitter.com/PUV8ffx8v0

Morrison, 21, was drafted 40th overall by the Colorado Avalanche in 2016 – the pick immediately following Chicago selecting Alex DeBrincat. He became a free agent when Colorado failed to sign him before the deadline on Saturday.

A power forward listed at 6-3 and 214 pounds on the Notre Dame roster, Morrison posted 95 points in 149 games for the Fighting Irish. He was named to the Big Ten’s All-Tournament Team after his sophomore and junior seasons. He was a teammate of current Blackhawks defenseman Dennis Gilbert at Notre Dame for the 2016-17 and 2017-18 seasons.

“A big, strong all-around player who thinks the game at a high level and executes plays with purpose and drive. Accelerates well and has no issues getting around the ice with haste; transition game will need some tweaks. Very good vision and puck skills, and has the size to make a difference driving to the net and causing havoc for the opposition’s defence. Defensively sound, using his size to his advantage along the boards and getting his stick in place to deflect passes out of harm’s way. Moving forward, Morrison will have every opportunity to develop into a smart power forward who can play in all situations and make it difficult on the opposition.”

If you watched Notre Dame play the last couple years it was hard to miss Morrison, but fans shouldn’t expect him to be a game-changer in the NHL. A good comparison would be former Blackhawks forward Troy Brouwer; he isn’t the greatest skater but knows how to use his size to make plays around the net.