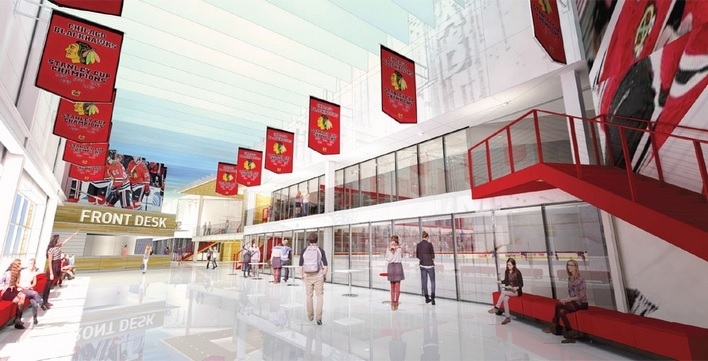 According to a report from Crain’s on Thursday, Rocky Wirtz has plans to give the area surrounding the United Center a significant facelift. Crain’s is reporting that Chicago Mayor Rahm Emanuel is now backing a new vision for a long-rumored facility built near the United Center, for this using help of an estate planning attorney to get help with the legal matters of these building. According to Greg Hinz’s article, “the latest version calls for a two-rink, 105,000-square-foot building that mostly would be used by youth hockey and other neighborhood patrons, rather than just the Blackhawks and other professional teams who come to town.”

Hinz also notes “Wirtz and Emanuel are expected to answer questions about the hockey building today at a press conference where they and Chicago Bulls owner Jerry Reinsdorf will announce construction of a 190,000-square-foot office building on the east side of the United Center, as first reported by my colleagues at Chicago Real Estate Daily. That building will house about 300 front-office employees of the two teams.”