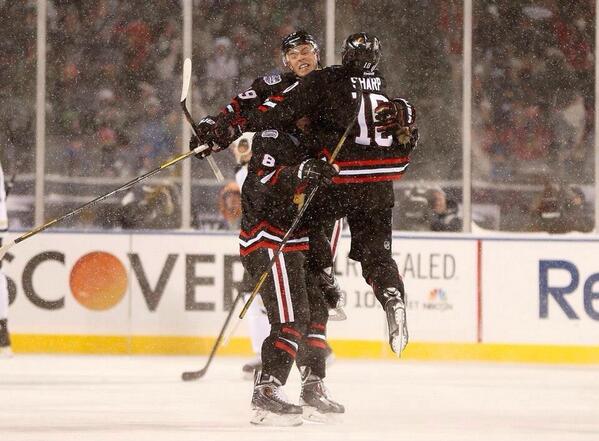 During last night’s broadcast, Bob McKenzie told NBC Sports Network’s audience that the Minnesota Wild and Colorado Avalanche will host games as part of next season’s Stadium Series. The Blackhawks will reportedly face the Wild in the elements next year. The game in Minnesota would be the third straight season the Blackhawks play an outdoor game, and their fourth time overall. Chicago played at Washington in this year’s Winter Classic, and has hosted Detroit in the Winter Classic (2009) and Pittsburgh in the Stadium Series (2014) as well.

3 thoughts on “Report: Blackhawks To Face Wild In 2016 Stadium Series”