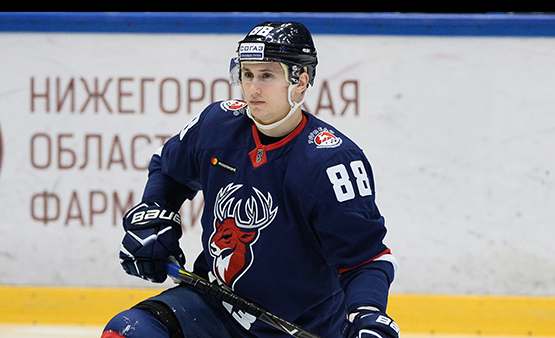 Reports out of Russia on Wednesday are that the Chicago Blackhawks are one of two NHL clubs to make an offer to forward Damir Zhafyarov.

According to Sport-Express writer Nikolai Lemtyugov, the Blackhawks and Red Wings have made offers. The article also indicates Zhafyarov’s KHL contract expires on April 30, at which point he could sign a contract with an NHL club.

Also of note, Zhafyarov was named captain of the Russian national team for the Euro Hockey Tour.

At 26, Damir Zhafyarov is having a breakout season in Nizhny, and now he will captain @russiahockey at the next leg of the Euro Hockey Tour. A well-deserved honor.