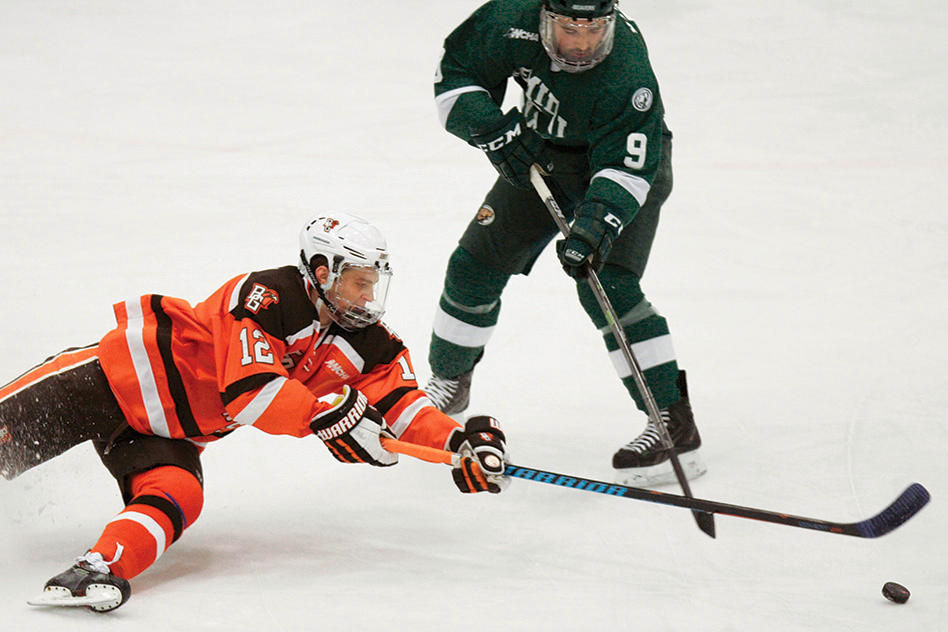 Valleau, 22, recorded a Bowling Green leading 17 assists and added two goals last season. Listed at 6’1, 181-pound, Valleau was named to the WCHA All-Rookie Team after he ranked seventh among WCHA defenseman and seventh among freshman in points. Valleau was third on BGSU with 37 blocked shots and was a contributor on the nation’s second-ranked penalty kill unit.

As an unsigned invite, Valleau was impressive at the Blackhawks prospect camp this summer. Now it appears he’ll be part of the organization moving forward. He played 27 games for the Chicago Steel of the USHL during the 2012-13 season.