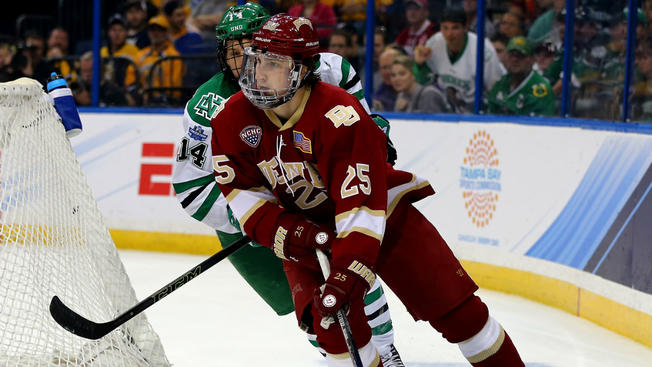 It’s a good week to be a former sixth round draft pick by the Blackhawks.

On Sunday the Hawks signed forward Dylan Sikura, a sixth round pitck (#178) in the 2014 NHL Draft.

On Monday, Chicago formally announced the signing of defenseman Joni Tuulola, who was a sixth round pick (#181) in the 2015 NHL Draft.

And reports late on Monday are that Denver defenseman Blake Hillman, a sixth round pick (#173) in the 2016 NHL Draft, will opt to forego his senior season and sign an entry-level contract with the Blackhawks.

Scott Powers at The Athletic had the news first.

Hillman, 22, is a left-handed shot who developed into a key member of Denver’s national championship team last year. His junior season ended Sunday after he registered 12 points and 52 penalty minutes in 41 games for the Pioneers. Hillman is listed at 6-1 and 184 pounds.