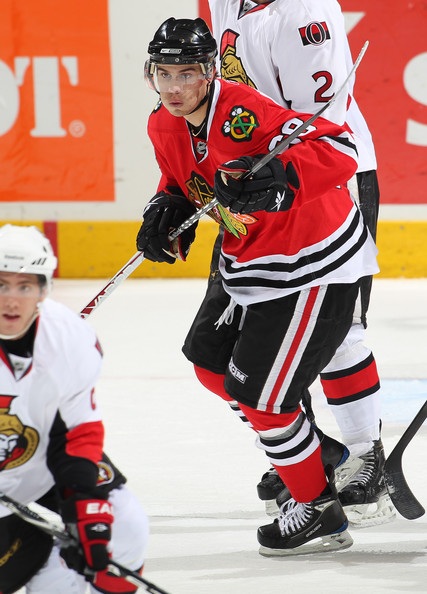 Reports on Tuesday are that the Blackhawks have agreed to terms on a three-year, entry-level deal with 20-year-old center David Gilbert. Gilbert was the last juniors-level player cut from the Blackhawks camp last fall, and had a good season with Acadie-Bathurst.

Gilbert is the latest name added to the organization, and the Blackhawks look to keep Rockford one of the youngest teams in the AHL.

He becomes he fourth prospect to sign an entry-level contract with the Blackhawks this calendar year: defensemen Dylan Olsen and Joe Lavin and forward Jimmy Hayes have already joined the professional ranks.

Two veteran free agents that had played in Rockford, forward Mathis Olimb and defenseman Ivan Vishnevskiy, have left the organization to play in Europe. Meanwhile, Marcus Kruger, who played this season in Sweden, has joined the Hawks on North America.