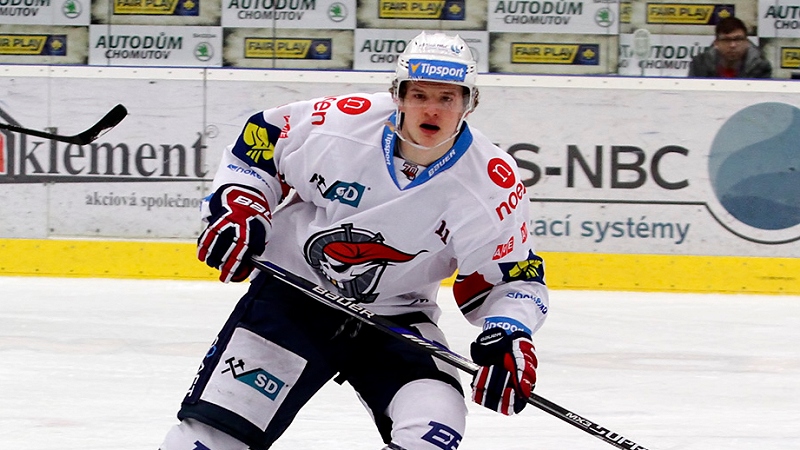 Czech forward David Kampf has signed a 2-year deal with the #Blackhawks through the 2018-19 season. pic.twitter.com/HPrk4z0h9Y

Kampf, 22, has spent the last four years with Chomutov Pirati in the Czech league. Listed at 6-0 and 180 pounds, the left handed shooting winger had 15 goals and 16 assists in 52 games last season.

According to Scott Powers of The Athletic, Kampf signed a two-year, $1.85 million entry-level contract.