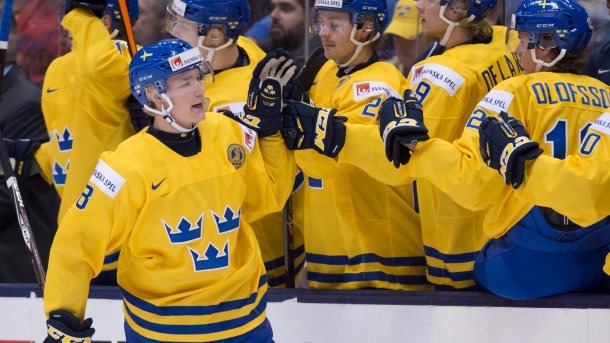 A report out of Sweden indicates that the Blackhawks have signed defenseman Gustav Forsling to an entry-level contract.

Originally a fifth round pick (126th overall) by the Canucks in 2014, he was acquired by the Blackhawks in the trade that sent defenseman Adam Clendening to Vancouver. He had an enormous 2015 World Junior Championship tournament, posting three goals and five assists in seven games from the blue line for Sweden.

Forsling, 19, has spent the last two seasons with Linkopings HC of the Swedish Hockey League, where he posted six goals and 15 assists in 48 games during the 2015-16 season. He was a teammate of Blackhawks prospect Carl Dahlstrom with Linkopings the last two years; Dahlstrom recently signed with the Hawks as well.