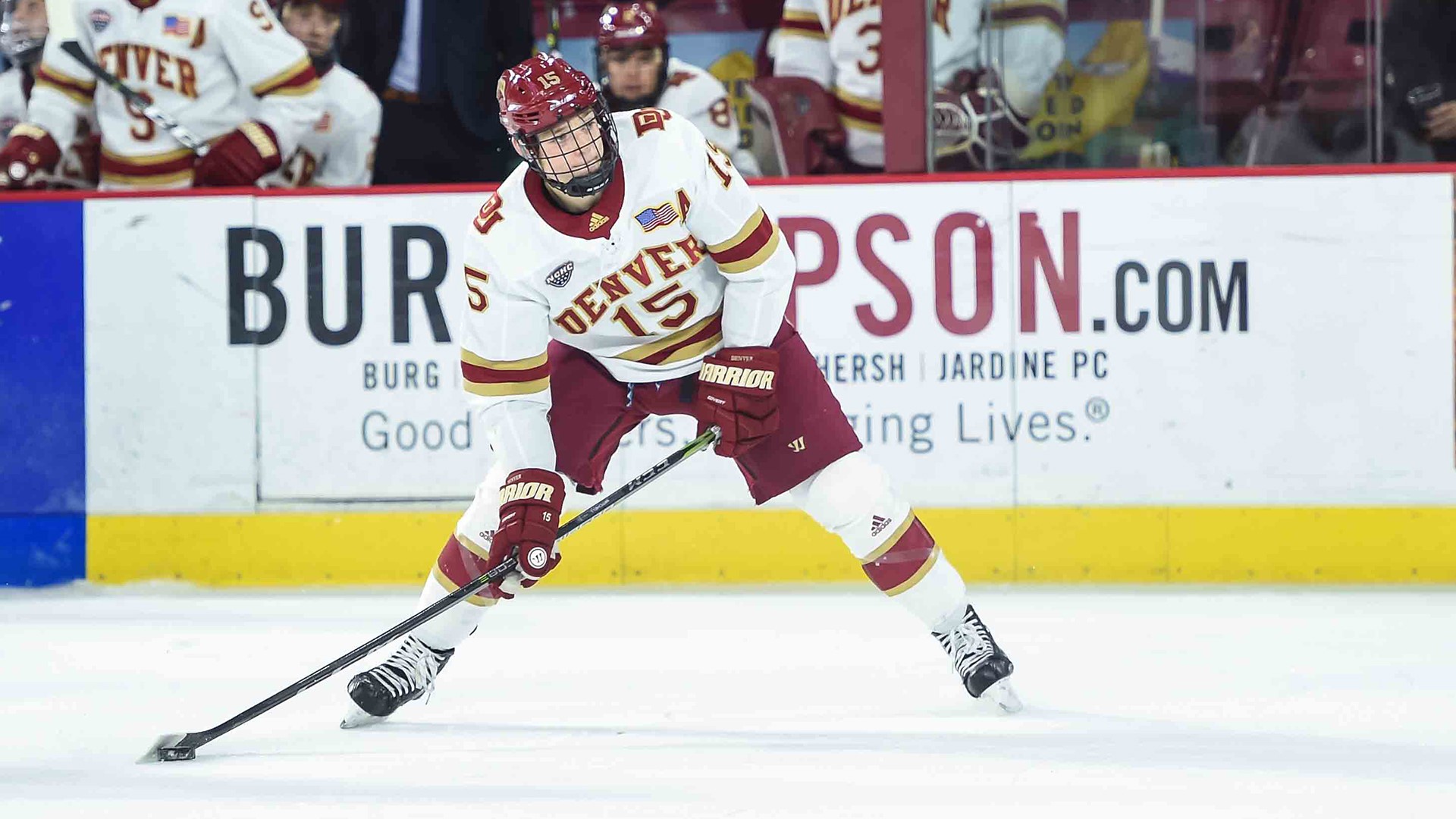 On Monday morning the Blackhawks officially announced the team has agreed to terms on a three-year entry-level contract with University of Denver captain Ian Mitchell. Interestingly, according to the release, the start date and AAV of the contract have yet to be determined.

Mitchell, 21, was a second round pick (#57 overall) in the 2017 NHL Draft. He posted 32 points (10 goals, 22 assists) in 36 games during his junior season at DU before the sports world shut down. Mitchell also led the team with 43 blocked shots and scored two game-winning goals. He scored three power play goals and once short-handed during his third and final collegiate season.

Ian Mitchell (@DU_Hockey) scores his first of the tournament to put ?? up by one early in the second! #CANvsFIN #REPRESENT #WorldJuniors pic.twitter.com/IDXLJQFlAs

How important is this deal? Our opinion: Mitchell is the best blue line prospect the Blackhawks have had since Niklas Hjalmarsson. Yes, that list includes this season’s rookie, Adam Boqvist, and Nick Leddy.

As a college freshman, Mitchell skated into the lineup for the defending national champions in Denver and quickly assumed an important role on both special teams and skated heavy minutes. He’s been decorated as one of the best defenseman in the NCHC and the NCAA during his three collegiate seasons, and has shown good leadership for the Pioneers as well.

Earlier this year, Mitchell represented Canada in the Spengler Cup. He had one goal and one assist in four games in the tournament.