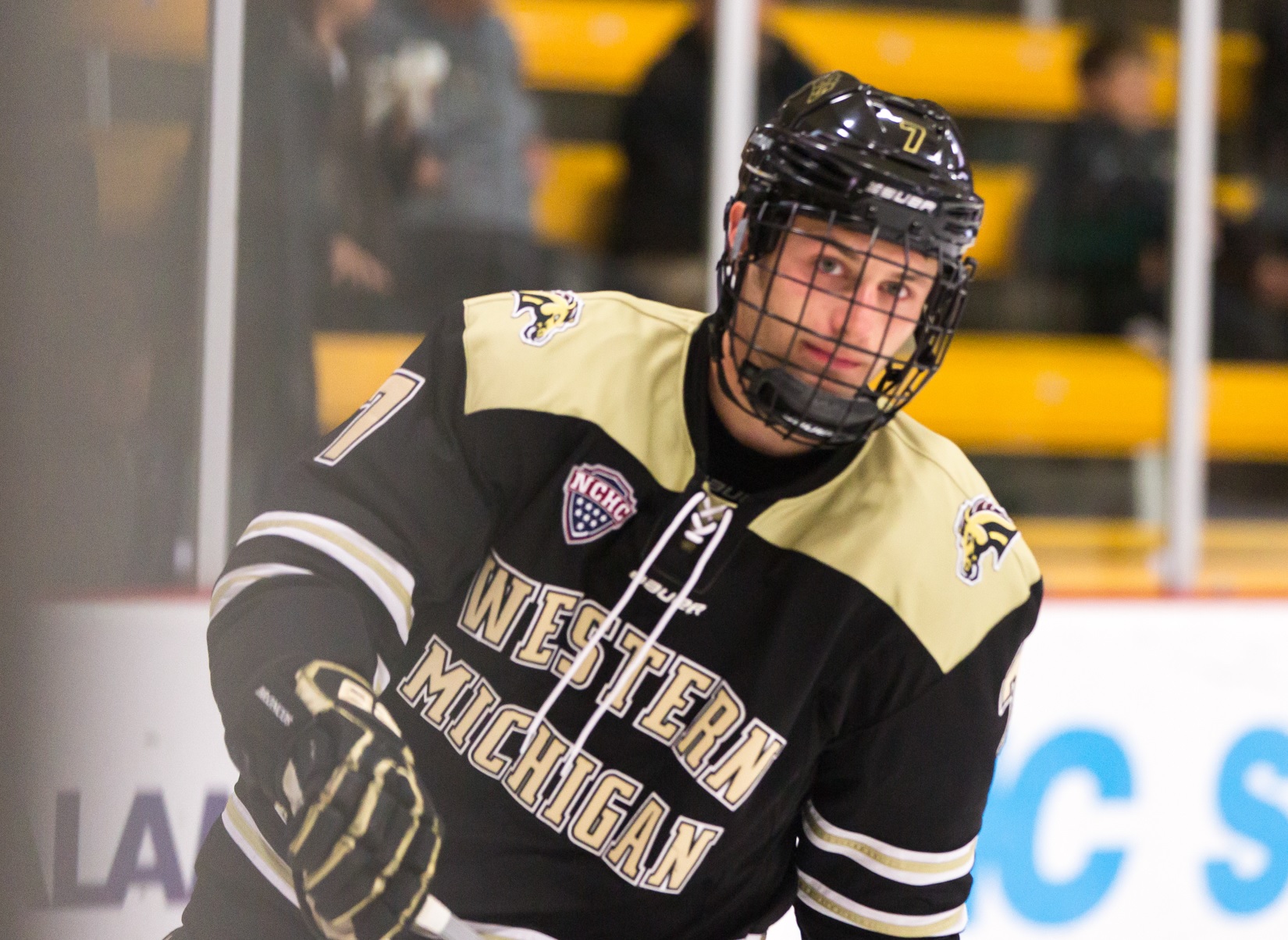 After Western Michigan’s 2016-17 season ended on Friday night, one of their top scorers is leaving to join the Blackhawks.

On Tuesday, Chicago announced the team has signed forward Matheson Iacopelli to a two-year, entry-level contract.

Forward Matheson Iacopelli has inked a two-year deal with the #Blackhawks that starts next season and runs through 2018-19. pic.twitter.com/LUnXo7znJa

Iacopelli, 22, had 20 goals and 16 assists in 40 games this season as a sophomore at Western Michigan. He was selected in the third round (#83 overall) in the 2014 NHL Draft with a pick acquired from Calgary for Brandon Bollig.

Iacopelli is only eligible to sign a two-year ELC because of his age. Iacopelli will turn 23 in May.

He joins a growing list of college players to join the Blackhawks out of the NCHC. Nick Schmaltz and Luke Johnson left North Dakota last year and Anthony Louis finished his career at Miami this season.