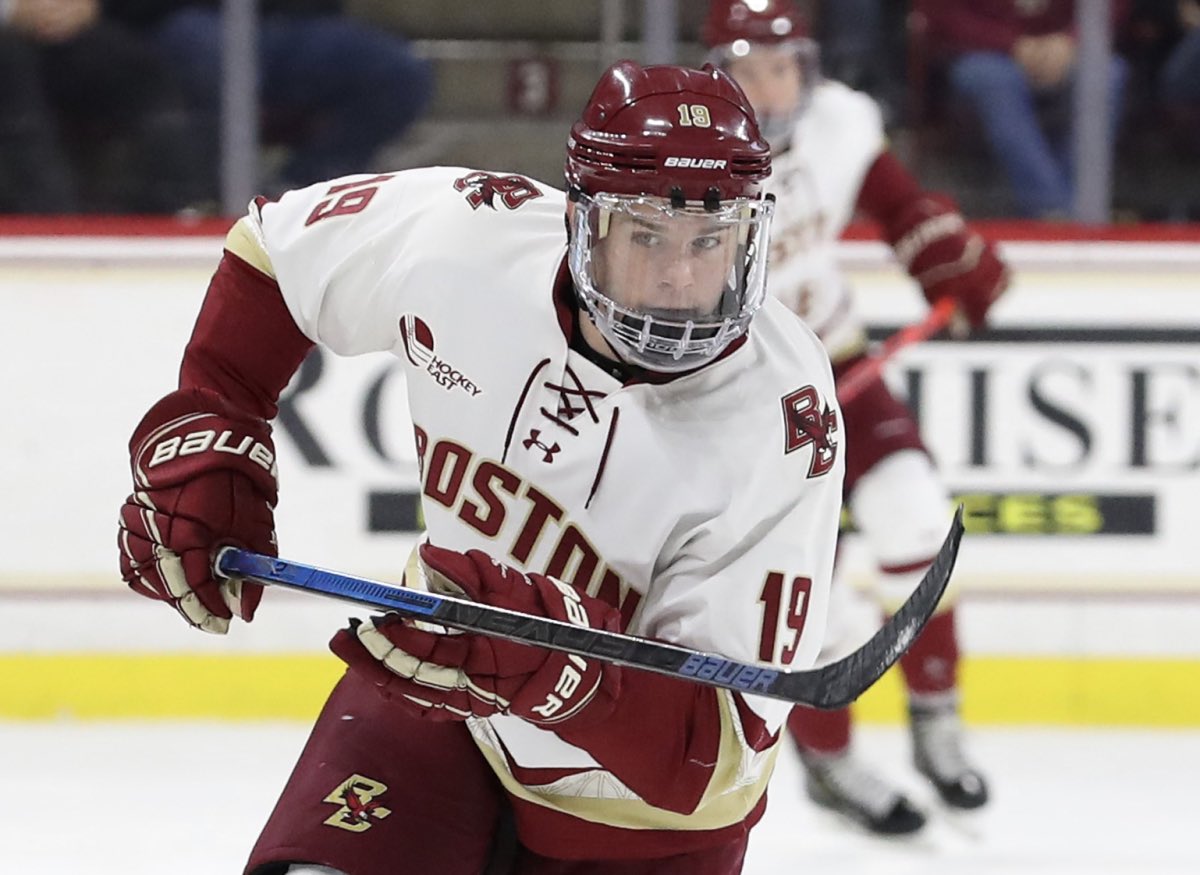 On Tuesday the Blackhawks made the deal official, announcing a two-year deal that will begin this season. He has been assigned to the taxi squad. The deal has a $912,500 cap hit.

Hardman, 22, just finished his sophomore season at Boston College. He’s listed at 6-2 and 198 pounds and is a left-handed shot. He was not drafted.

Hardman finished the season tied for second on BC with ten goals and tied for third on the roster with 19 points.