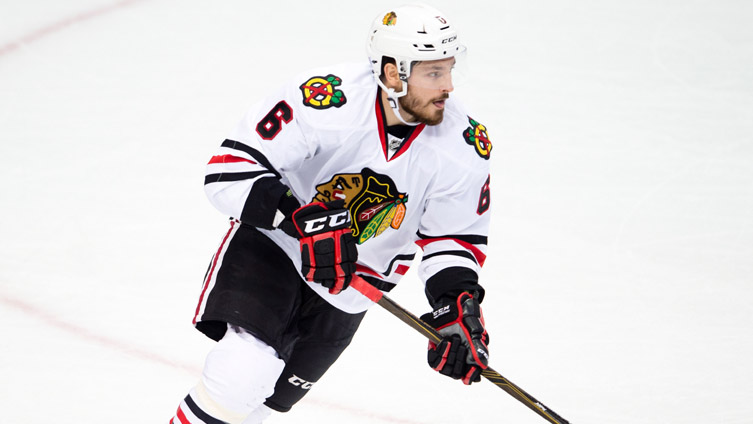 #Blackhawks acquire conditional third-round pick in the 2018 #NHLDraft from Washington in exchange for defenseman Michal Kempny.

Chicago now has seven picks in the 2018 draft.

Over the last two seasons, Kempny has appeared in 81 games with the Blackhawks, recording 15 points. The 27-year-old defenseman is playing on a one-year, $900k contract and will be an unrestricted free agent this summer.

The #Capitals currently own two 3rd RD picks in 2018 (their own & Toronto's, which they obtained from NJ in the Johansson trade, and which NJ obtained from Toronto for the hiring of Lou Lamoriello). #Blackhawks will receive the higher of the two. pic.twitter.com/96BOBOpp8o