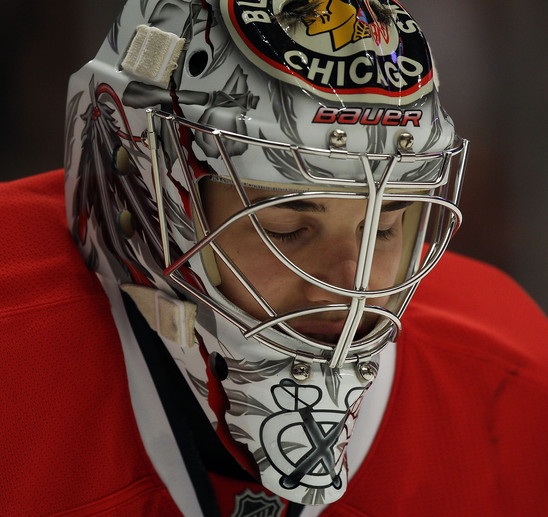 According to a report from Mark Lazerus of the Chicago Sun-Times, “three sources told the Sun-Times that Crawford is dealing with vertigo-like symptoms, for the second time in his career. And there is a growing concern within the organization that Crawford could miss the rest of the season, as Sportsnet’s Elliotte Friedman reported on Tuesday.”

Lazerus adds that Crawford missed four weeks late the 2015-16 season reportedly because he was dealing with vertigo symptoms.

61 thoughts on “Report: Corey Crawford Possibly Done For The Year?”