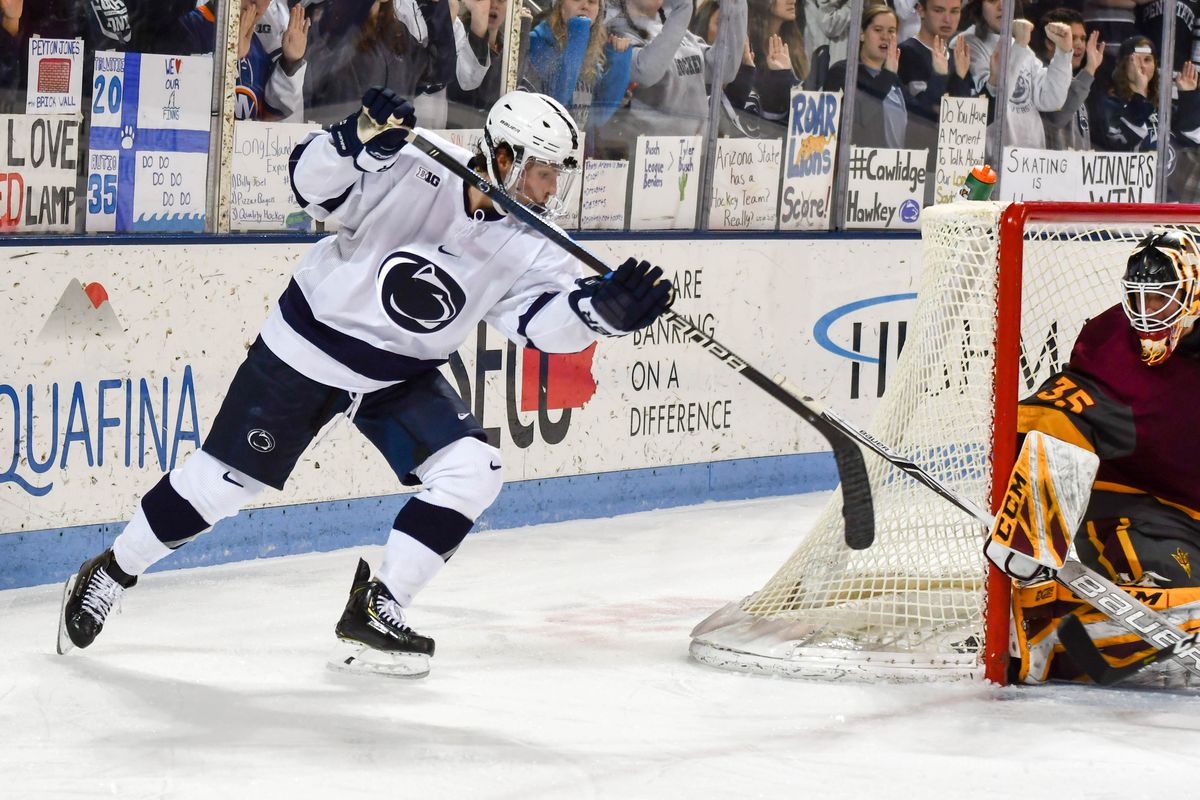 Center Evan Barratt is returning to Penn State for a third season according to Scott Powers of The Athletic.

According to Powers, the Hawks envisioned Barratt playing at least three seasons at Penn State when he was the team’s third round pick in 2017.

Barratt, 20, finished the 2018-19 season with 16 goals and 27 assists in 32 games for PSU in the Big Ten. Powers also reported that Barratt recently underwent an undisclosed surgery. According to Powers, Barratt “is expected to be out 2-3 months and should be 100 percent come August and be ready for next season.”