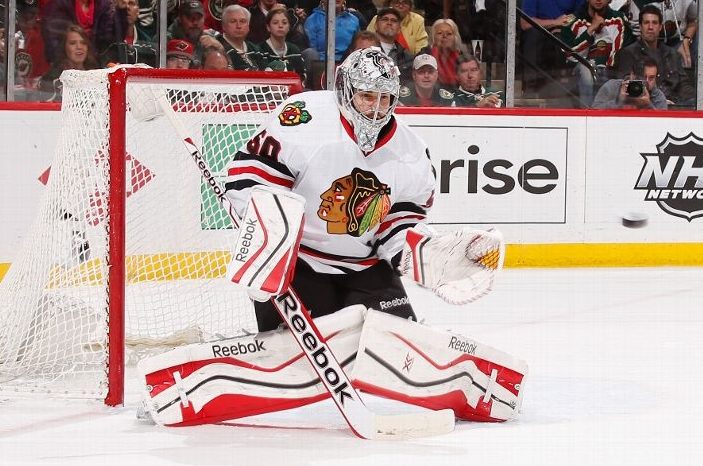 TMZ is reporting on Wednesday morning that an LA Kings fan filed a battery report against Corey Crawford after an incident during Monday night’s Game Four. Crawford allegedly sprayed the fan with his water bottle.

Clark Wong, the douchebag making the accusations, was reportedly kicked out of the game. TMZ says Crawford spoke with police before leaving the arena Monday.

Maybe this is becoming a trend, as this isn’t the first time a fan in expensive seats in LA had water thrown on them this year.