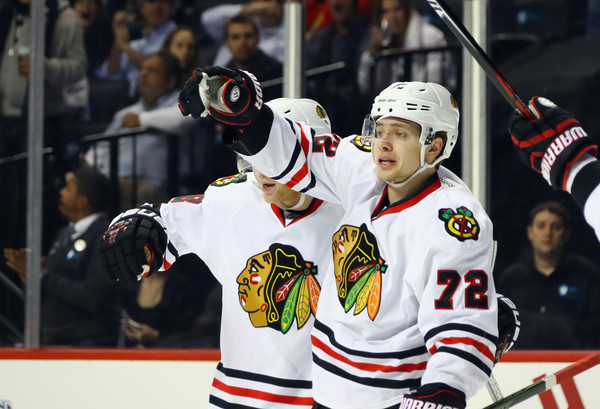 Bill Daly says the NHL's salary cap is projected to be $75.5M-$76M next season, but adds it will depend on inflator negotiations with NHLPA.

The sticking point here is obviously the players voting to approve the escalator clause, which Daly notes. Escrow isn’t popular with the players, the NHLPA has the ability to vote for a five percent increase in the cap each year. The Players Association didn’t vote for a full increase for the 2016-17 season, which is why the NHL salary cap is $73M this year.

You can see the Blackhawks cap commitments for next year at CapFriendly.com. We wrote about the Blackhawks free agency decisions coming this summer earlier.