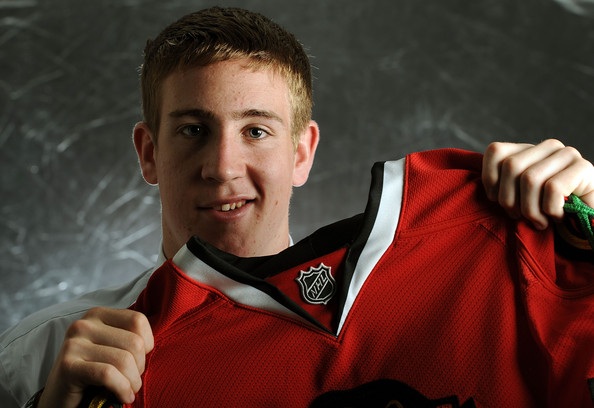 According to ESPNChicago, forward Kevin Hayes will not attend the upcoming Blackhawks’ prospect camp. The Blackhawks have until August 15 to sign him or he becomes an unrestricted free agent; Chicago would receive draft pick compensation if (when) Hayes becomes a free agent.

Hayes had 27 goals and 38 assists in 40 games and was a finalist for the Hobey Baker Award as a senior at Boston College this past season. The Blackhawks selected him with the 24th overall pick in the 2010 draft.

18 thoughts on “Report: No Prospect Camp For Kevin Hayes”