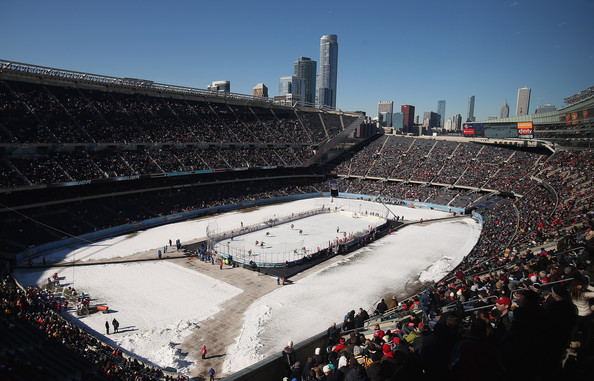 A report on Sunday from The Fourth Period suggests the Chicago Blackhawks are in the mix to host another outdoor game.

According to the column, “there’s chatter about Chicago hosting an outdoor game. Discussions have absolutely taken place, but it’s unclear if they’re simply talking about the Blackhawks being part of the game in New York, Chicago being the backup plan if things at Yankee Stadium fall through, or the team hosting a Winter Classic in 2015, although Minnesota is believed to be next in line for a WC.”

The report is clear that nothing has been confirmed yet, but Chicago did a fantastic job positioning itself for another outdoor game with this year’s Hockey City Classic. As part of Hockey Day in America, Soldier Field hosted two college games. The event was a great success.