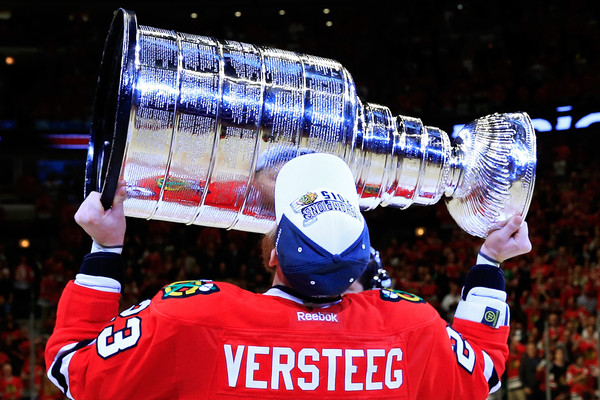 Newsday’s Steve Zipay is reporting the Hawks and Habs may have had a deal in place, but forward Kris Versteeg vetoed the trade.

Chicago’s Kris Versteeg has nixed a trade to Montreal, I’m told by a trusted source

According to General Fanager, Versteeg does not have a no-trade or no move clause on his contract. ESPN’s Pierre LeBrun is calling bullsh** on the rumor, though.

Just traded texts with Kris Versteeg. Say he hasn't nixed any trade, says he hasn't spoken to anyone. Says reports out there are false