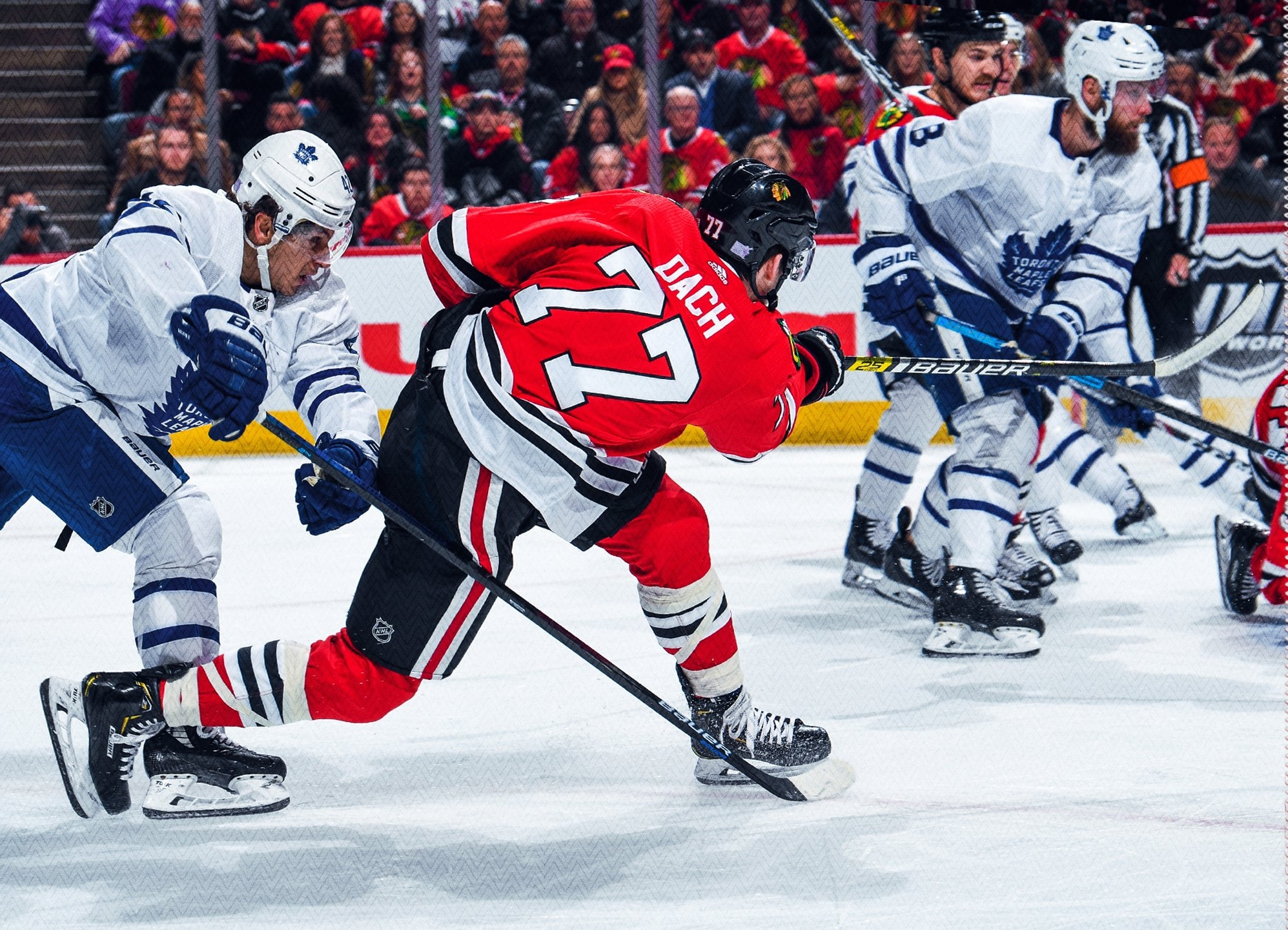 After losing in a shootout in Pittsburgh on Saturday evening the Blackhawks came home to an excited Sunday crowd at the United Center. The Toronto Maple Leafs were in town, meaning William and Alexander Nylander would face each other in an Original Six matchup.

Chicago was coming off two improved efforts in a row and started with a bang. Less than 30 seconds into the game Jake Muzzin trucked Brandon Saad. Jonathan Toews didn’t like the high, cheap hit and went after Muzzin. Everything was happening at once.

What an eventful start to this game: Jonathan Toews sticks up for Brandon Saad, who got crushed by Jake Muzzin. #Blackhawks pic.twitter.com/P2VirLeWWW

Toews and Muzzin went to their respective boxes and Dylan Strome joined his captain as Chicago was short-handed early. Toronto did nothing with the advantage, however.

After that Chicago went to work offensively, putting together an impressive opening 20 minutes.

Kane scored ten seconds later to extend the lead to 3-0 in favor of the Hawks.

And the beatdown was on.

William Nylander got Toronto on the board at 16:29 but 59 seconds later Toews scored a power play goal to give Chicago a 4-1 lead.

When the dust settled at the end of 20 minutes of hockey the Blackhawks had a three-goal lead. The Leafs out-shot the Hawks 15-12 in the first period. Both teams had two power plays; only one special teams goal was scored.

Toronto out-shot Chicago 16-15 in the second period but neither side scored. The Leafs had 31 shots in 40 minutes of hockey but only one went in through Robin Lehner, who continued his exceptional play.

The Leafs kept coming hard in the third period and it started to pay dividends. William Nylander scored his second of the night at 2:27 into the third to cut the lead to two.

Erik Gustafsson went to the box for hooking and four seconds into the Toronto power play John Tavares scored to cut the lead to one. Lehner stayed down after the goal was scored, grabbing what appeared to be his collarbone area. He stayed in the game, however. At the time of the Tavares goal, Lehner had already faced 48 shots with 7:19 left in regulation.

As the clocked crossed into the final four minutes of regulation a yard sale in front of the Hawks net turned into a race the other way. Drake Cagguila attacked and put a good pass on the stick of Toews, who set up Saad for the insurance goal. Chicago’s lead was back to two.

Michael Hutchinson went to the Toronto bench with 2:35 left in regulation. There was another pile up in front of Lehner and this time the Hawks were going to be short-handed. Zack Smith went to the box for hooking, giving Toronto a huge power play.

The final horn sounded and Lehner had earned the hell out of two points for the Blackhawks.

Lehner finished the night with 53 saves in what can only be described as a heroic performance. He was absolutely marvelous again.

de Haan had a very good night on the back end. He skated 21:17 with one assist, three blocked shots and three hits.

Dach, who was a healthy scratch on Saturday, was limited to 7:43 but still managed to score his second goal of the season with two shots on net in spite of Jeremy Colliton continuing to “focus on development.”

Adam Boqvist, also a scratch on Saturday, was limited to 12:33 but still managed two shots on net, one blocked shot, one hit and was plus-two.