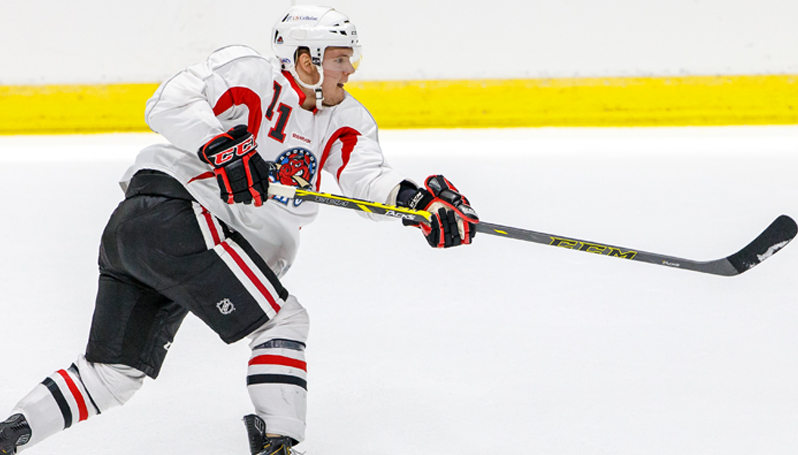 In the last week, the Rockford IceHogs have announced three AHL contracts for the 2015-16 season.

On June 9, the IceHogs announced the team has re-signed forward Dane Walters to a one-year, AHL contract. Walters, 26, posted one goal and five assists in 19 games with the IceHogs last season. He appeared in two Calder Cup Playoff games for the IceHogs.

And on June 12, Rockford announced a new AHL deal with defenseman Kirill Gotovets for the 2015-16 season. Gotovets, 23, registered one goal and one assist in 12 regular season games with Rockford, and appeared in eight Calder Cup Playoff games with the IceHogs (including one game-winning goal).

Gotovets was from Tampa Bay Lightning to for the rights to forward Philippe Paradis in 2013. He was originally a seventh round pick by the Bolts in the 2009 NHL Draft.

All three deals are AHL contracts; they do not impact the Blackhawks contract limit.

UPDATE: On Tuesday, June 16, the IceHogs announced they have signed defenseman Nick Mattson to a one-year, AHL contract. Mattson, 23, was a 6th round pick (#180 overall) by the Blackhawks in the 2010 NHL Draft and spent the last four years with the University of North Dakota