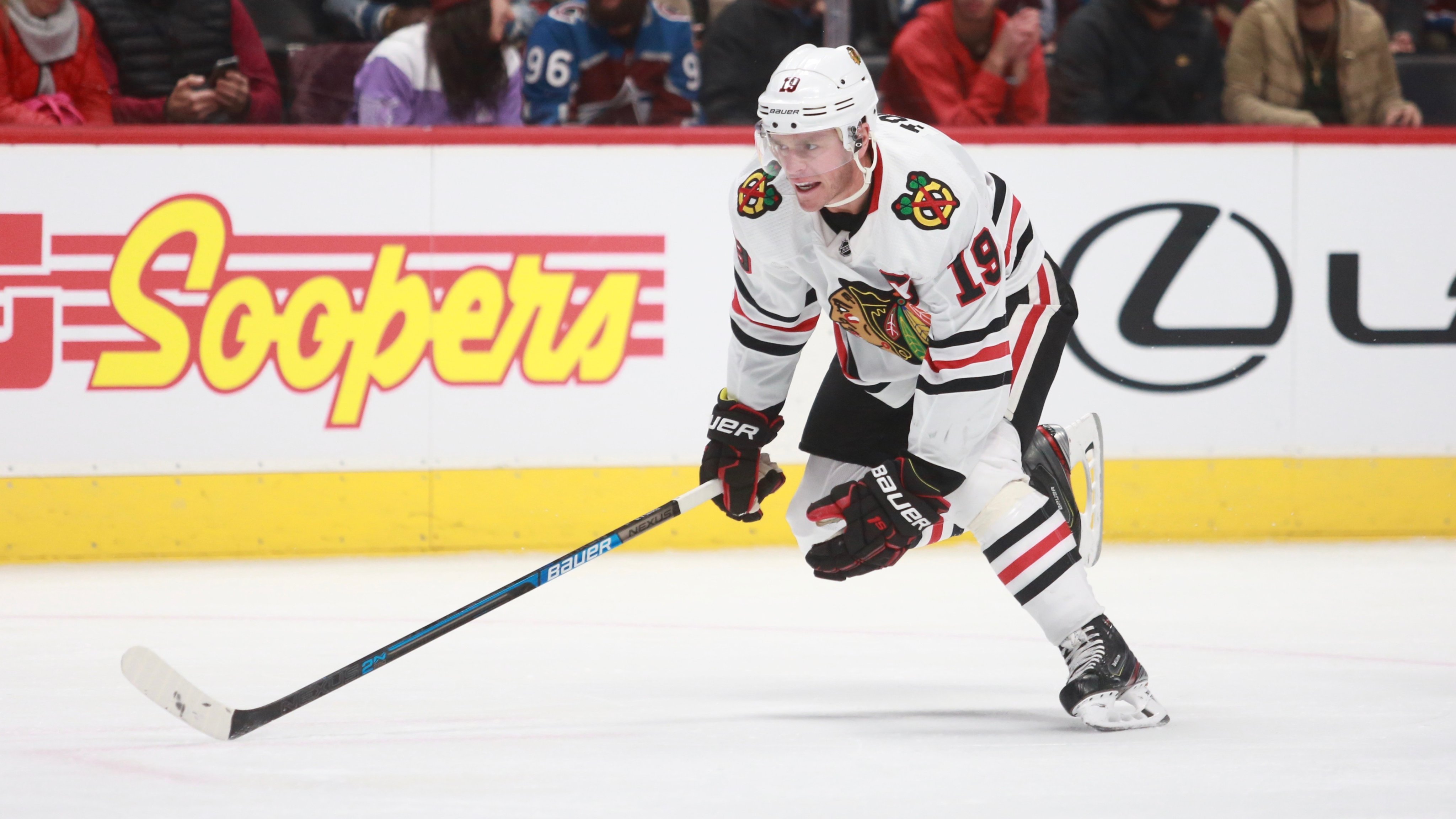 If Friday afternoon’s blowout loss at home was demoralizing, the flight home from Denver isn’t going to be much better.

Mikko Rantanen returned to the Colorado lineup for the first time since Oct. 21 and Chicago was without Duncan Keith, Dylan Strome and Drake Cagguila.

Jonathan Toews went to the box on his first shift of the night, only 26 seconds into the game. While that could have been a bad break for Hawks, Chicago turned it into a positive. Zack Smith found Brandon Saad streaking up the ice and the Hawks had a 1-0 lead.

That was just about the end of the night for positives for Chicago.

The Avs scored three times in 3:15. Nazem Kadri scored a power play goal with Anton Wedin in the box, then scored an even strength goal 95 seconds later. Nathan MacKinnon scored at 11:08 into the first and the game felt over.

The only other highlight in the first period was Alex DeBrincat whooping Samuel Girard’s ass in a fight with three minutes left. But with DeBrincat sitting for five minutes, a power play opportunity came with lineup challenges Jeremy Colliton didn’t manage well at all.

Chicago finished the first period with 57 seconds of 5-on-3 but Alex Nylander did a terrific job of wasting opportunities. Chicago had a 12-11 shot advantage after 20 minutes but were frustratingly chasing a 3-1 score.

The Hawks opened the second period with a little more than two minutes of power play left and Nylander turned the puck over a couple more times to waste more opportunities to get back into the game.

Joonas Donskoi came out of the penalty box and immediately scored to give Colorado a 4-1 lead.

Less than three minutes later Rantanen made it 5-1 Colorado. After this goal, Colliton decided to change goaltenders. For a spark? Why not.

An animated Robin Lehner trying to fire up his teammates on #Blackhawks bench after being pulled. pic.twitter.com/ff3hCD0an5

Robin Lehner, who came in with the best save percentage in the NHL, gave the bench an earful as he departed and Corey Crawford came out to face the firing range for the second time in as many days.

Donskoi scored a second goal within six minutes to extend the lead to 6-1.

Tyson Jost added the extra point two minutes after Donskoi’s goal and it was 7-1 in favor of the Avs.

There was no hope. There were no answers. Chicago was getting whipped up and down the ice.

Dominik Kubalik scored at 11:14 into the second to, as Pat Foley said, bring the Hawks within five. Moral victory? Not on this night.

Chicago allowed four goals in the second period and were credited with six shots on net.

The Hawks got their ass kicked in every aspect of the game. Colorado outscored Chicago 12-5 between Friday and Saturday.

Kane and Jonathan Toews were each credited with five shots on net but they were both minus-three. Toews won only nine of 22 faceoffs but did pick up an assist on Kane’s power play goal.

David Kampf had an assist and won nine of 12 faceoffs. Wedin was plus-one with one shot on net in 10:52 in his NHL debut.

Kirby Dach didn’t have a great night but blocked a shot headed for a wide open cage in the closing seconds of the second period. He skated 14:16 and lost both of his faceoffs.

Calvin de Haan skated 19:07 and was credited with five shots on net. He also led the Hawks with four hits.

Connor Murphy led the Hawks with four blocked shots in 19:48.

The only defenseman over 20 minutes was Erik Gustafsson. He skated 22:04 with one assist and one hit and a few more frustrating turnovers.

Rantanen had four points. Donskoi had four points. MacKinnon had three. Kadri won 10 of 11 faceoffs with his two goals. And Pierre-Edouard Bellemare won 11 of 15 at the dot. The domination was complete for Colorado.

Lehner stopped nine of 15. Crawford made 13 saves against 15 shots.

The Hawks get St. Louis on Monday.