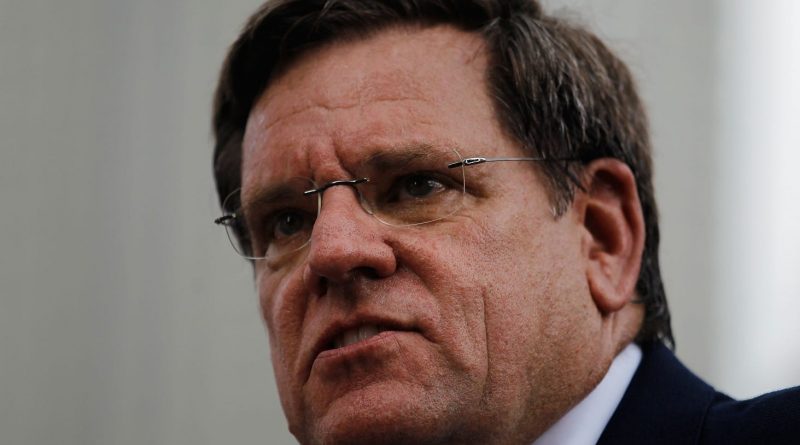 Before Wednesday night’s game against the Minnesota Wild, the Chicago Blackhawks hosted what they called a “townhall meeting.”

In theory, the individuals asked to represent the organization would talk about where the franchise is headed and answer a few questions.

On the stage were Eddie Olczyk, Danny Wirtz, Jaime Faulkner and Rocky Wirtz.

Nobody will remember a word they said.

Because Rocky Wirtz morphed into an angry, bitter, tone-deaf owner who cared about his future earnings more than anything — anything — else.

Rocky didn’t want to talk about the past. He only wanted to focus on the future. Well, that’s too damn bad. Because the worst parts of the history of the Blackhawks organization — the disconnect between an owner on in his ivory tower and the fans paying his bills — were painfully obvious again.

The Wirtz family name was represented in a very on-brand way. And it wasn’t by Danny, who actually tried to change the subject and answer the question.

And some are rightfully wondering if Rocky is still fit to lead the organization. Or be any part of it for that matter.

Here’s where the town hall went off the rails:

And here’s the follow-up:

And now he goes after @_phil_thompson. Absolutely insane from Rocky Wirtz. Smh. pic.twitter.com/dMHYOHUbkQ

You can actually see the shock on the faces of the other three people on the stage as Rocky shut Danny up and went back to tearing into the local media members who, for too long, have allowed the organization to spoon feed what is shared and isn’t shared about and from the organization. The tyrannical control of Bill Wirtz was reborn under John McDonough, and we painfully watched it play out again through Rocky on this night.

Rocky didn’t want to talk about the attendance issues. Leave that for his ticket department. Well, based on social media I’m guessing his ticket sales department is going to be buzzing… on LinkedIn… soon.

Rocky didn’t want to talk about the past. Only the present and future. Well, Mr. Wirtz, the present sucks. It’s a complete disaster on and off the ice. Fans are embarrassed to be fans… if they can even call themselves that any more.

What legit, viable candidate for an NHL general manager job is going to want that as a boss? We’ve watched professional and college sports programs get ripped apart by culture issues, and on Wednesday Rocky Wirtz screamed to the world that the Chicago Blackhawks are moving forward into a new era where the culture is as toxic as anywhere in sports.

What fan with enough income to consider season tickets is going to want to put the money up to support an organization that doesn’t care about answering questions about the transparency they’ve sworn to be installing?

What free agent would want to play for this team? Why would a player like Marc-Andre Fleury, when he sees the video, want to stay here and be associated with this?

Many of us praised Rocky for rebuilding the brand of the Chicago Blackhawks after everything his father did to tear it down. He brought the city three championships — but at what cost? And, now, any/all of the brand he worked so hard to build crumbled, ironically, because of his words.

Someone in the organization needs to make clear to Rocky that his performance was, at best, a debacle. At worst, it disenfranchised a fan base that was barely hanging on before his childish display.