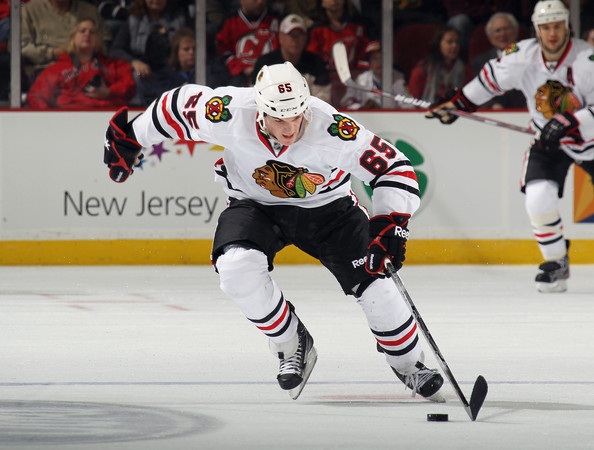 When the Blackhawks face the Red Wings to begin their preseason schedule on Tuesday night, it appears some of the key members of the Cup winning roster will be in the lineup. And, of course, some won’t. A few of the prospects expected to play a role on the 2013-14 Hawks, specifically Jeremy Morin, Jimmy Hayes and Ben Smith will play tonight as well.

Fans will get a chance to see two of the hot names of the summer in action as well. Teuvo Teräväinen and Antti Raanta will dress, as will prospects Drew LeBlanc and Chicago natives Alex and Terry Broadhurst.

The game starts at 7 pm CT, but will not be televised.

The complete rosters for Chicago and Detroit, as tweeted by the Sun-Times’ Mark Lazerus on Tuesday morning, are below. 4 thoughts on “Rosters For Blackhawks vs. Red Wings”