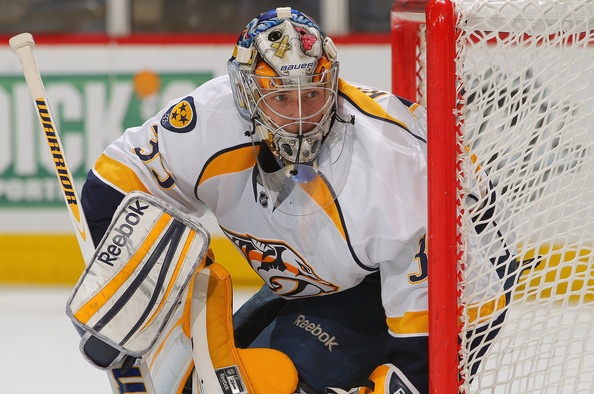 We’re looking around the division and see what the Hawks’ competition has done since the 2021 season ended. Thus far, we have broken down the new, the gone and the changes with the Arizona Coyotes, Colorado Avalanche, Dallas Stars and Minnesota Wild.

Now, let’s turn our attention to what’s going on with the Nashville Predators.

The list of significant departures is long in Nashville. They traded Arvidsson to LA and Ellis to Philly. Rinne retired. And the loss of Jarnkrok in the expansion draft hurts as well. Haula, Gudbranson and Richardson leaving leaves more holes the Preds will need to fill somehow. They still have some cap space to play with, but they have a few RFAs – notably Eeli Tolvanen – still on the table to deal with as well.

Nashville added Myers and Nolan Patrick in the trade from Philadelphia but Patrick was moved to Vegas. Rittich has one year remaining on his deal and will serve as the backup to Juuse Saros. Glass is a familiar name. These are nice players but none of them fills the holes left with the departures.

What Does It Mean?

This isn’t the same look and feel in Nashville, and the rebuild may only be in its early stages. Filip Forsberg and Mattias Ekholm headline a list of UFAs hitting next summer that could be expensive for the Predators. Rinne retiring wasn’t a shock and he wasn’t the same player he was a decade ago, but he was one of the faces of the franchise. Even when Ryan Suter and Shea Weber left, Rinne was there.