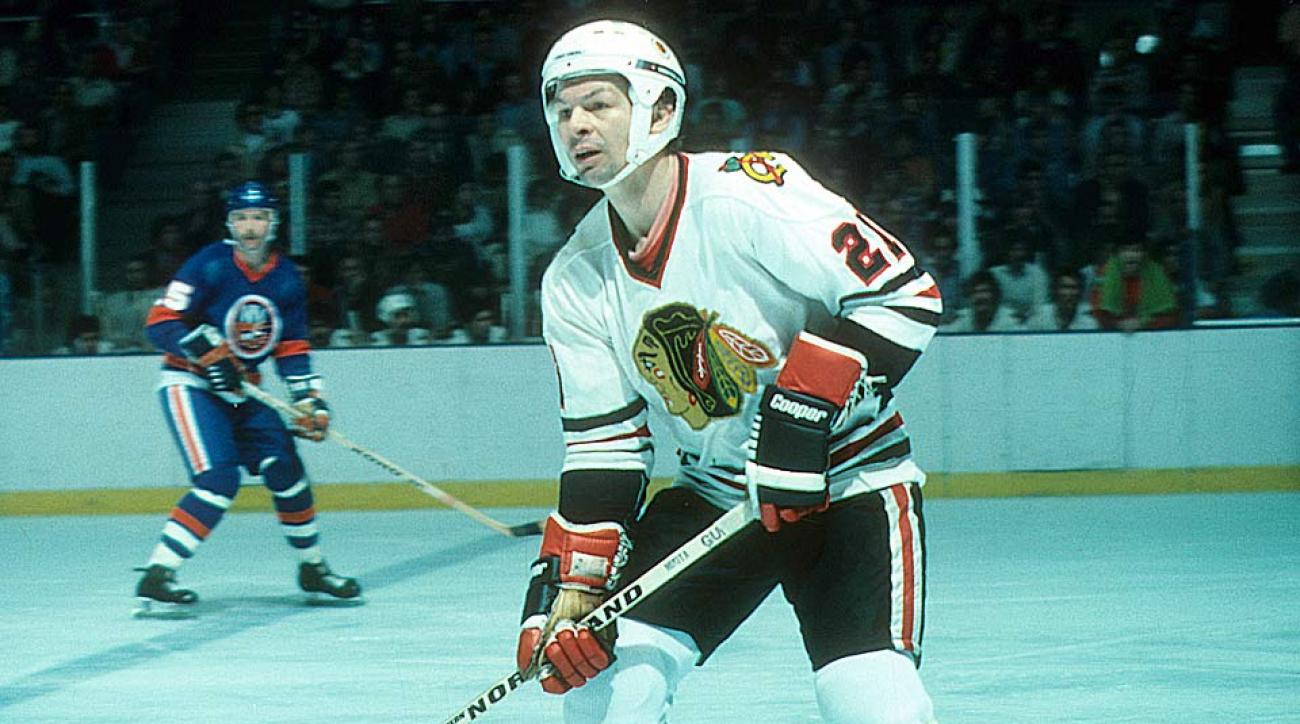 On Tuesday afternoon the Chicago Blackhawks made an announcement we all knew was coming. Hall of Famer Stan Mikita has died.

The fact that the news was inevitable doesn’t make it any less heartbreaking. Mikita is – still – the greatest player to ever wear the Blackhawks sweater. He defined the franchise well beyond the generation in which he played. He was a legend, pioneer and tremendous ambassador for the game. Mikita scored 541 goals and posted 926 assists. Only six players in NHL history have accumulated more points for one franchise than Mikita’s 1,467 for Chicago: Gordie Howe (DET), Yzerman, Mario Lemieux (PIT), Wayne Gretzky (EDM), Joe Sakic (QUE/COL) and Bourque. Of those six, only Yzerman, Lemieux and Sakic player their entire careers for one franchise. From the Blackhawks official release:

“There are no words to describe our sadness over Stan’s passing. He meant so much to the Chicago Blackhawks, to the game of hockey, and to all of Chicago. He left an imprint that will forever be etched in the hearts of fans – past, present and future. Stan made everyone he touched a better person. My wife Marilyn and I, joined by the entire Wirtz family, extend our prayers and thoughts to Jill and the Mikita family. ‘Stosh’ will be deeply missed, but never, ever forgotten.”

“Stan Mikita will be always remembered as a champion, an innovator and a master of the game. He embodied the Chicago Blackhawks. His excellence is illustrated by the team records he still holds today. His passion for the game was proved by the longevity of his playing career. The impact he had on the franchise is proved by fact that Blackhawks fans still wear his jersey to the United Center. On behalf of the Chicago Blackhawks organization and our fans, we express our deepest condolences to the Mikita family and all who mourn Stan’s passing.”

Mikita played his entire 22-year career with the Blackhawks and led the team to the 1961 Stanley Cup. A four-time Art Ross Trophy winner (1964, 1965, 1967, 1968) as the National Hockey League’s leading scorer, Mikita is the Blackhawks all-time franchise leader in points (1,467) and games played (1,394). He is second in franchise history in goals with 541. Mikita also was awarded the Hart Memorial Trophy as the Most Valuable Player in the NHL and Lady Byng Memorial Trophy for sportsmanlike conduct in 1967 and 1968.

38 thoughts on “Stan Mikita Has Passed Away”