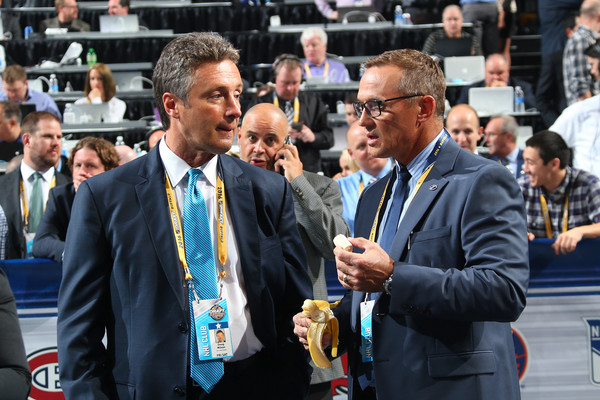 Surprising news out of Tampa on Tuesday where the Lightning announced that Steve Yzerman will transition from his role as GM of the Bolts to be in an advisory role.

Julien Brisebois will take over as GM.

Yzerman was named the GM of the Lightning on May 25, 2010. The following summer Yzerman hit a home run at the 2011 NHL Draft, selecting Vladislav Namestnikov in the first round, Nikita Kucherov in the second and Ondrej Palat in the seventh. However, only three players drafted by Yzerman and the Lightning since 2014 have appeared in the NHL.

Tampa lost to the Blackhawks in the 2015 Stanley Cup Final.

10 thoughts on “Steve Yzerman Steps Down As Tampa GM”