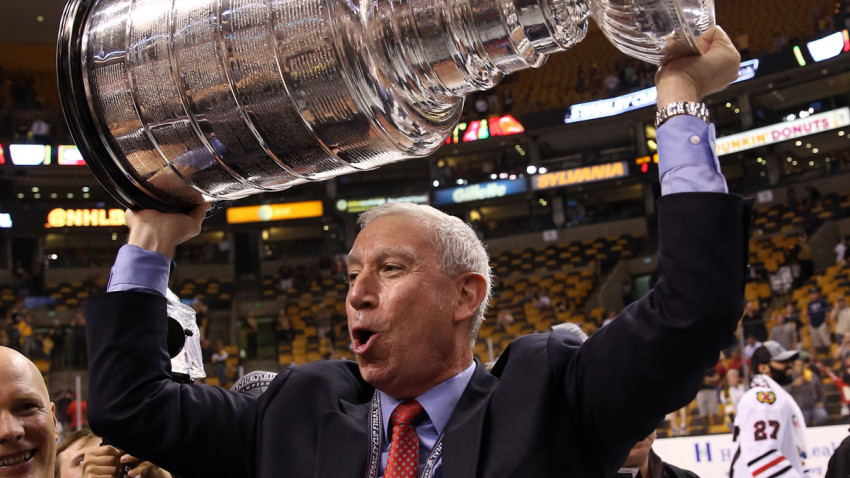 Monday, April 27th was not what any hockey fans wanted or expected in Chicago.

The Stanley Cup playoffs should be on television. And, though they haven’t qualified in each of the past two seasons and were out of the picture again this year, Blackhawks fans desperately want to watch their team compete for another championship.

But there are no playoffs – anywhere. The global pandemic has shut down the NHL and everything else. The only new sports television fans have to watch right now has been ESPN’s “The Last Dance” documentary and this weekend’s NFL Draft. Both have produced record viewership.

The hockey world is standing still. But, on Monday, April 27th, the Blackhawks made a stunning decision.

Just last month, Chairman Rocky Wirtz told Scott Powers at The Athletic that McDonough’s job was safe. Many fans have been calling for change over the past few years, but many expected Stan Bowman to receive his pink slip before McDonough.

Monday’s news was a shocker.

But looking back over 13 years, in spite of the frustration born over the past few seasons it’s impossible to ignore the incredible, enduring legacy McDonough will have at the United Center.

The season before he was hired, the Blackhawks averaged fewer than 13,000 fans per home game. Their home games weren’t on television, the players weren’t known around the city, and it had been years since many hockey fans were excited.

McDonough left the Chicago Cubs after 25 years, joining the Blackhawks on Nov. 20, 2007. Less than two years later – before they won their first of three championships, Forbes called the renaissance of the Blackhawks “The Greatest Sports-Business Turnaround Ever.”

The Forbes article was published in May of 2009, 13 months before the Hawks claimed their first Stanley Cup in almost half a century. After taking the job at the United Center, McDonough led the charge to bring the Blackhawks back to prominence not only in Chicago, but the entire hockey world.

He got home games back on television, built bridges to previous generations including Bobby Hull’s return to the fold, and forced those in the marketing department with the team to constantly look for ways to improve the brand. He created the annual Blackhawks Convention, built Blackhawks Stores and merchandised the living daylights out of the team and players, making the players household names.

McDonough got the league to buy his sales pitch almost as quickly as he did fans in Chicago. The Blackhawks hosted the Detroit Red Wings at Wrigley Field in the Winter Classic on Jan. 1, 2009 – a national coming out party for the Toews-Kane generation of players. Outdoor games would become an almost annual event for the Blackhawks, who were one of the best-selling brands in the NHL for the past decade.

McDonough didn’t draft the players. That was done by Dale Tallon’s staff, and then Stan Bowman’s group. McDonough made that change, promoting the man named for the trophy the Hawks were chasing.

But he did sell them – and he sold them better than anyone in the league.

He leaves with the 2019-20 seasons suspended, but the organization that was a laughing stock in front of an empty bard when he arrived is in the midst of a 531-game sellout streak, something fans couldn’t have imagined when McDonough was hired.

So, on behalf of Blackhawks fans everywhere, thank you John McDonough. You weren’t a “hockey guy” when you arrived, but you played a huge role the greatest rebirth in professional sports history.

101 thoughts on “Thank You, John McDonough”