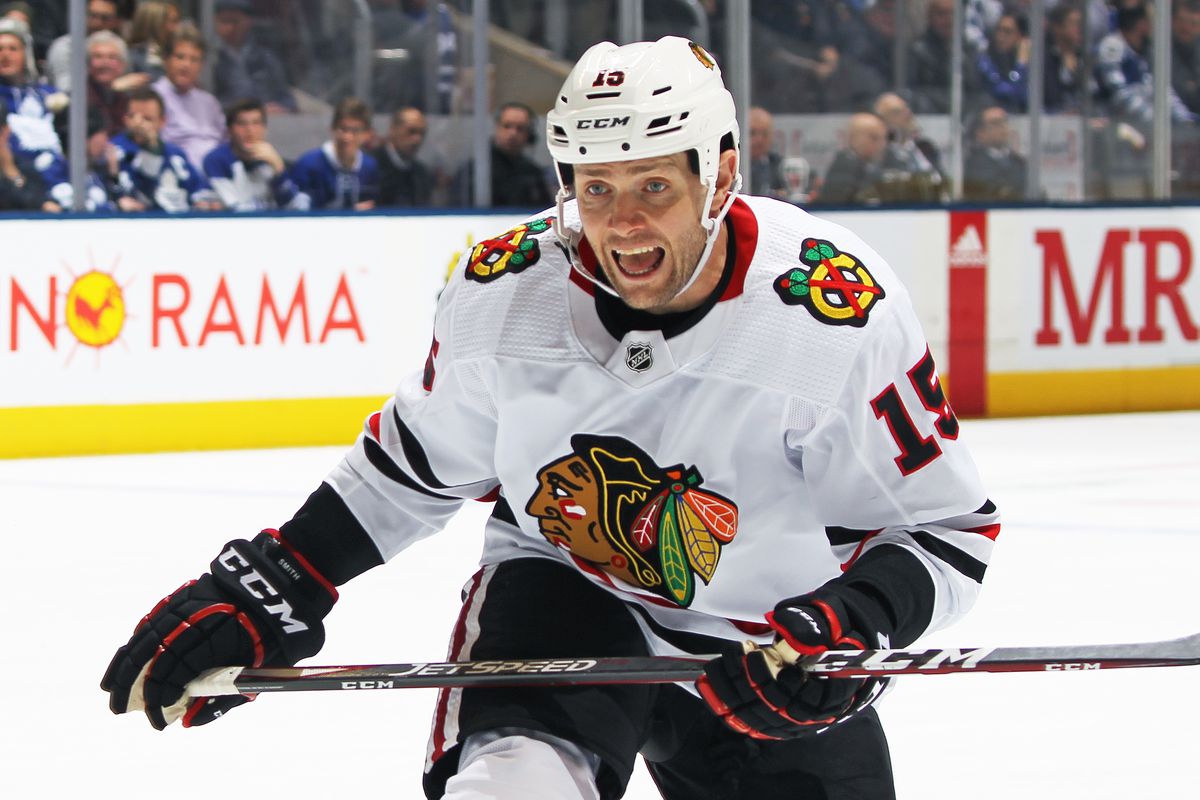 The NHL’s first buyout window opens today and runs through 4 PM CT on Oct. 8. The only player on waivers on Sept. 25 is Ottawa’s Bobby Ryan, the Bill Masterton Memorial Trophy winner.

With that in mind, and being mindful of the salary cap issues coming with a flat cap, the Blackhawks should consider the buyout option.

Chicago currently has 11 forwards under contract for the 2020-21 season from the previous NHL roster. That does not include Pius Suter or Matej Chalupa, both of whom recently signed from Europe with matching $925,000 cap hits.

The Blackhawks have eight defensemen signed thru next year including Ian Mitchell, who most believe will be on the NHL roster.

The Hawks do not have an NHL goaltender under contract for next season. Colin Delia has a $1 million cap hit and would be the most likely to be on the NHL roster if the Blackhawks don’t add at least one, if not two, goaltenders.

Chicago has a few restricted free agents they’ll need to deal with, including Dominik Kubalik, Dylan Strome and Slater Koekkoek. Kubalik is the priority among the Hawks’ RFAs. Malcolm Subban is also restricted this offseason and may be brought back as well.

According to CapFriendly, the Blackhawks have approximately $7.8 million under a cap ceiling of $81.5 million to figure out how to keep Kubalik (and any other RFAs) and fix their goaltending situation.

That isn’t a lot of money.

One way the Blackhawks could create additional cap space would be to use a buyout.

Veteran forward Zack Smith would be an ideal candidate.

Smith recorded four goals and seven assists in 50 games with the Hawks during the 2019-20 regular season. He dealt with back issues while playing and was ultimately ruled done for the year because he required back surgery at the end of February. He won only 46 percent of his limited faceoffs while with the Hawks.

Smith, 32, has one year remaining on his current deal with a $3.25M cap hit. Today, only four Blackhawks forwards have a bigger cap hit next year: Patrick Kane, Jonathan Toews, Alex DeBrincat and Brandon Saad.

The likelihood that someone takes Smith’s contract without a significant sweetener – draft pick or prospect – is zero. He might retire, but if he opts to attempt a comeback next season he doesn’t bring enough to the table to warrant the cap hit he’s due.

Younger players like Suter, Chalupa, Matthew Highmore and Brandon Hagel have significantly lower cap hits and more upside in the immediate season and into the future to be stuck watching while Smith is on the NHL roster. In a scenario where the Hawks buy Smith out, two of those players could be on the NHL roster in the cap space available via the buyout with room to spare.

94 thoughts on “The Blackhawks Should Buy Out Zack Smith”