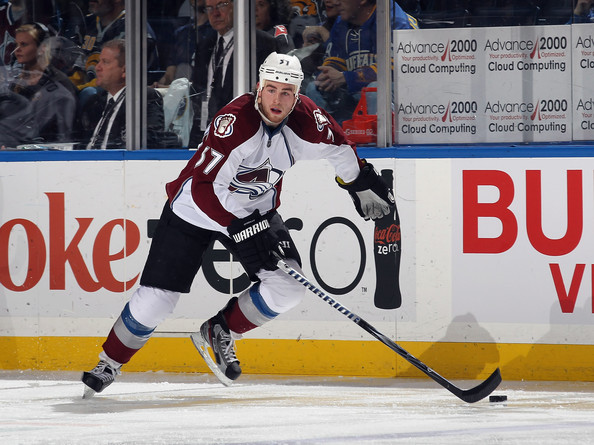 The question isn’t whether or not the Blackhawks should be interested (they should), but what could/should they be willing to give up to acquire him?

According to one of the jedi masters at TSN, Darren Dreger, early indications are that the Avs are asking for two components to any deal: an NHL roster player and a top prospect. Obviously this now becomes a delicate discussion for the Blackhawks, who are off to a fantastic start this season; disrupting the chemistry on the best team in the league isn’t an easy proposition to stomach.

But O’Reilly is the kind of player that puts the Hawks over the top. And it’s time for GM Stan Bowman to make a bold statement.

Consider what the Hawks would be pursuing in O’Reilly, a center who just turned 22 last week (Feb. 7). Last year, he posted 18 goals and 37 assists while winning 52.8 percent of his faceoffs.

Those are solid numbers. But there’s more to like about O’Reilly than points and faceoff percentage.

O’Reilly’s skill set afforded the Avs the ability to put one of their best players on the ice a lot last year; he averaged 19:31 per game, of which 2:21 per game was on the powerplay and 1:10 per game was short-handed.

But there are two costs to consider when thinking about making a deal for him.

First, how much money is he expecting to make (and for how long)?

And second, what assets would it cost the Hawks to acquire him?

O’Reilly just finished his entry-level contract and looking for a major pay day. But there are a couple comparables we can look to from recent deals for benchmarks.

Over the summer, the Vancouver Canucks gave Alex Burrows a four-year deal with a $4.5M cap number. Over the last three seasons, Burrows has posted 167 points and is a good faceoff man.

The New Jersey Devils, after watching Zach Parise skate off into free agency, decided to lock up one of their core players long-term. They handed Travis Zajac an eight-year deal with a $5.75M cap number. In the last three seasons he was healthy, Zajac posted 173 total points; he was limited to 15 games in 2011-12 because of injury.

Giving O’Reilly (who, again, just turned 22) a four or five-year deal isn’t out of the question at all. And giving him a cap number somewhere around $5M (preferably closer to Burrows than Zajac) would fit into the Hawks’ future payroll space.

Looking at the current Hawks roster, though, there are two significant payroll considerations that cannot be ignored when thinking about any deal that would fall in the 3-5 year range: both Patrick Kane and Jonathan Toews need new deals before the summer of 2015. With two years left on the deals of the team’s two young superstars, the front office must plan ahead to afford those two getting paid in a couple years.

Thankfully, the Hawks have enough shorter-term deals coming off the books in the next two years that they should have plenty of cap space to afford both of them.

Of course, that assumes some of the established NHL players on the current roster won’t be here in 2015… which brings us to the second major part of this discussion: the asset cost to acquire O’Reilly.

Obviously there are a few guys in the final year of their contracts that would be considered, including Viktor Stalberg and Bryan Bickell. But neither of them is an asset that headlines a deal for a player like O’Reilly.

However, Dave Bolland might be the right player to make that happen.

Bolland has one year left on his current contract with a $3.375M cap number. With the emergence of both Andrew Shaw and Marcus Kruger as more viable bottom-six centers, the timetable for Bolland to be replaced on the roster has been pushed up.

Bolland’s well-documented struggles at the dot continue to disappoint; an upgrade of almost 10 percent to O’Reilly as the team’s second line center would be an instant impact, not to mention O’Reilly’s finishing ability.

From a prospect perspective, Bowman would have a few options to make this deal happen. In reality, Toews and O’Reilly would likely lock-down the top two center positions for the next 5-10 years, leaving two spots to be filled. There is a lot of quality talent in the organization now, but adding O’Reilly with Shaw and Kruger would effectively put a concrete ceiling over the crop of young centers the Blackhawks have been drafting in recent years.

The first name that comes to mind to be part of a deal would be Brandon Pirri, who has had a nice couple seasons in Rockford. He’s still young – turns 22 in early April – has has put up 90 points (36 goals, 54 assists) in his last 114 AHL games. But he’s a center, and would find himself needing a new home before likely seeing an opportunity at the NHL level.

Another name that might find itself into a deal would be defenseman Dylan Olsen. After getting a taste of the NHL last year, he’s been a disappointment in Rockford this year.

With Adam Clendening developing, the Hawks having a similar depth situation on their blue line as the addition of O’Reilly would create at center (read: there’s no room for him). Also keep in mind that the Hawks have another big, physical defenseman coming soon in Notre Dame’s Stephen Johns, making Olsen expendable.

Would Bowman consider shaking up his lineup by trading one of the key players that remains from the Cup team in spite of the hot start?

Would Bolland, Pirri and Olsen be enough for the Hawks to get O’Reilly out of Denver?

It’s worth the conversation. 58 thoughts on “The Blackhawks Should Pursue Ryan O’Reilly”