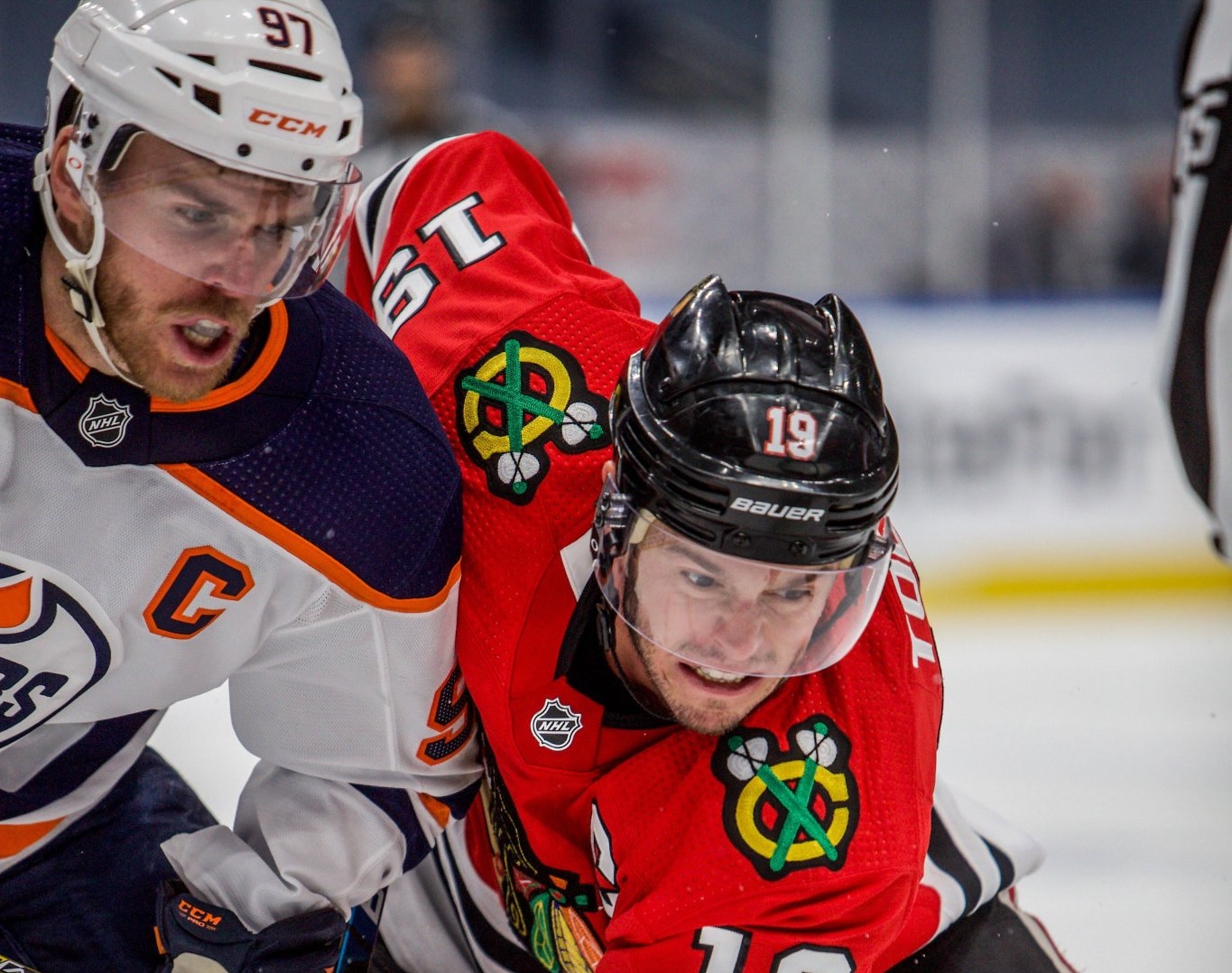 The Chicago Blackhawks should have gone home for the summer. They had an underwhelming regular season that saw growth from some young players and injuries take veterans out of the lineup for significant parts of the year. The coaching could have been better and the execution wasn’t consistent.

And yet, on Friday evening, the Hawks had the chance to send the top two point producers in the NHL to the golf course early using the best putting mat and equipment for better results on the field.

The reason the Blackhawks won two of the first three games in the series was taking advantage of the frequent mistakes made by the Oilers. In Game 4, the Hawks opened the door wide open for the Oilers to send the series to a winner-take-all Game 5 but those mental mistakes showed up once again.

Edmonton got on the board early yet again. This time it was Josh Archibald scoring the game’s first goal 45 seconds after the initial puck drop.

We’ve seen that before. It hasn’t bothered the Blackhawks.

And it didn’t in this game. Brandon Saad tied the game at 5:16 into the first.

Jonathan Toews and Connor Murphy picked up the assists on Saad’s second of the postseason.

After seeing himself go from goat to hero in Game 3, Matthew Highmore gave the Hawks a first period lead in Game 4. Once again, he was parked in front of the net and was able to redirect a point shot into the back of the net.

Duncan Keith and Ryan Carpenter were credited with the assists on Highmore’s second goal in as many games.

Chicago did a good job of controlling most of the final 19 minutes of the first period, but Highmore again revealed the good and bad of his game. He took a terrible penalty as the clock expired on the first period, giving the Oilers two full minutes of power play time on fresh ice to begin the second period.

The Hawks survived the penalty but Ryan Nugent-Hopkins scored two seconds after it expired to tie the game.

After that, the Blackhawks gave the Oilers the opportunity of the postseason.

And Edmonton looked the gift horse in the mouth.

Darnell Nurse took perhaps the worst penalty of the season for the Oilers, interfering with Drake Cagguila well behind the play 2:16 into the major penalty. Chicago had survived the first half of the power play, but Nurse effectively let them off the hook. Two minutes of four-on-four came and went the Hawks finished the lengthy penalty kill on the flip side without giving up a go-ahead goal.

After 40 minutes of hockey, Edmonton had a 25-21 shot advantage and the game was tied at two.

Would the youth and speed of the Oilers take over, or would the experience and determination of the Blackhawks win yet another playoff game?

Edmonton got the next power play with Cagguila heading to the box early in the third. But, for the fifth time in the game, Chicago killed off the scariest power play in the game.

It took more than eight minutes into the third for the next goal to be scored.

Toews made a strong play behind the Oilers’ net and found Dominik Kubalik, who rifled home his third of the postseason and first since his historic Game 1 performance. Chicago had a 3-2 lead.

With eight minutes left in regulation, Crawford made an amazing save against Zack Kassian, who was on the doorstep with traffic around the cage.

As the third period carried on, the Blackhawks showed a commitment to taking away passing lanes, blocking shots and getting between Oilers skaters and the net. Crawford made some terrific saves as Edmonton dominated possession of the puck, but the skaters in front of him made it hard for the Oilers to complete a pass in spite of the amount of time they were in the Hawks’ zone.

Another breathtaking error by Edmonton, this one putting the Oilers short-handed for the rest of the game/their season.

Nurse got control of the puck in the middle of the kill and attempted to clear the zone but passed it directly to a red jersey in the middle of the ice. Another error. Edmonton couldn’t pull their goalie until there were fewer than 40 seconds left in regulation. Crawford made another couple big saves in the closing seconds and Chicago held on.

The Blackhawks are headed to the Stanley Cup playoffs.

Crawford stopped 41 of 43 in another terrific performance in an elimination game.

Kirby Dach led Blackhawks forwards with four shots on net, won nine of 15 faceoffs and skated 19:24 in another strong performance.

Murphy had a terrific game on the blue line (even though Pat Foley and Eddie Olczyk lost him for a few minutes). He skated 25:12, second on the team behind Keith’s 26:40 and finished tied with Dach for the team lead with four shots on net. He also blocked two shots.