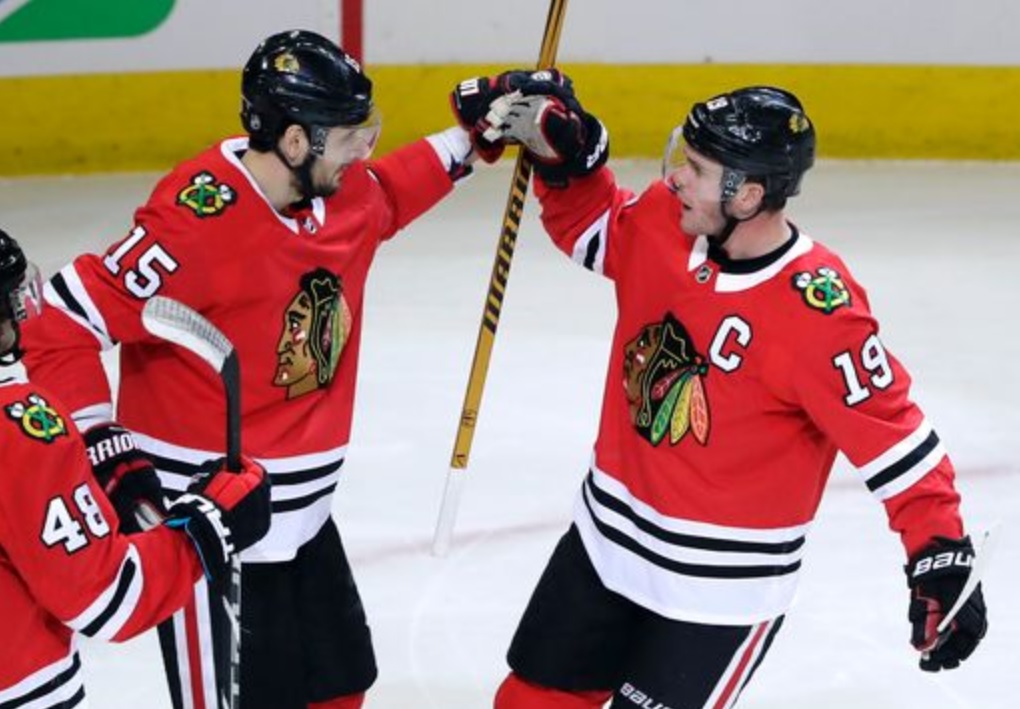 Finally, a goaltender deserved a better result and it wasn’t the guy between Chicago’s pipes.

Anton Khudobin and Anton Forsberg put on an terrific display of goaltending in a Sunday matinee at the United Center. Khudobin stopped 36 of 39 and Forsberg made 31 saves against 32 shots.

In the first period, the Bruins did the Blackhawks a hypothetical favor by having a steady line of players headed to the penalty box. Tim Schaller went at 6:08 and the Blackhawks scored on their first advantage.

Artem Anisimov picked up his 20th of the year, tipping what could have been Jonathan Toews’ 20th past Kudobin.

Matt Grzelcyk and Danton Heinen also served minor penalties for Boston in the first period; John Hayden sat for a couple minutes for Chicago. After 20 minutes, the Blackhawks had held onto their one goal lead and out-shot Boston 12-10.

The second period saw no penalties and no goals scored by either team – but it wasn’t for lack of trying. Boston put 14 shots on net and Chicago put 11 on Khudobin in the second.

Zdeno Chara tied the game almost 11 minutes into the third period and the sentiment was largely “here we go again.” That sentiment didn’t hold on the Chicago bench, however. The Hawks poured it on and, when Chara went to the box for four minutes – with less than four minutes left in regulation – the door was opened for Chicago.

And hot damn the Hawks actually took advantage! Patrick Kane scored his 25th of the season 18 seconds after Chara went to the box to give Chicago a lead they wouldn’t give up.

Toews and Erik Gustafsson had the assists on both of the Hawks’ first two goals. The emotion from Kane after the puck went it showed a great deal of frustration being lifted; it was a classic Kane snipe, but getting a late lead at home clearly felt good.

Brent Seabrook added an insurance goal seconds after Chara left the box – and, for some reason, went straight to the Boston bench despite the Hawks having the puck on the attack in their offensive zone.

Toews added his third assist of the day on Seabrook’s goal, and Kane picked up a second point with an assist of his own.

Without Patrice Bergeron in the lineup, Toews once again dominated at the dot. He won 16 of 21 faceoffs and skated more than five minutes of power play time in the win.

Kane and Anisimov led Chicago with five shots on goal each and Duncan Keith was credited with a team-leading five blocked shots in the game.