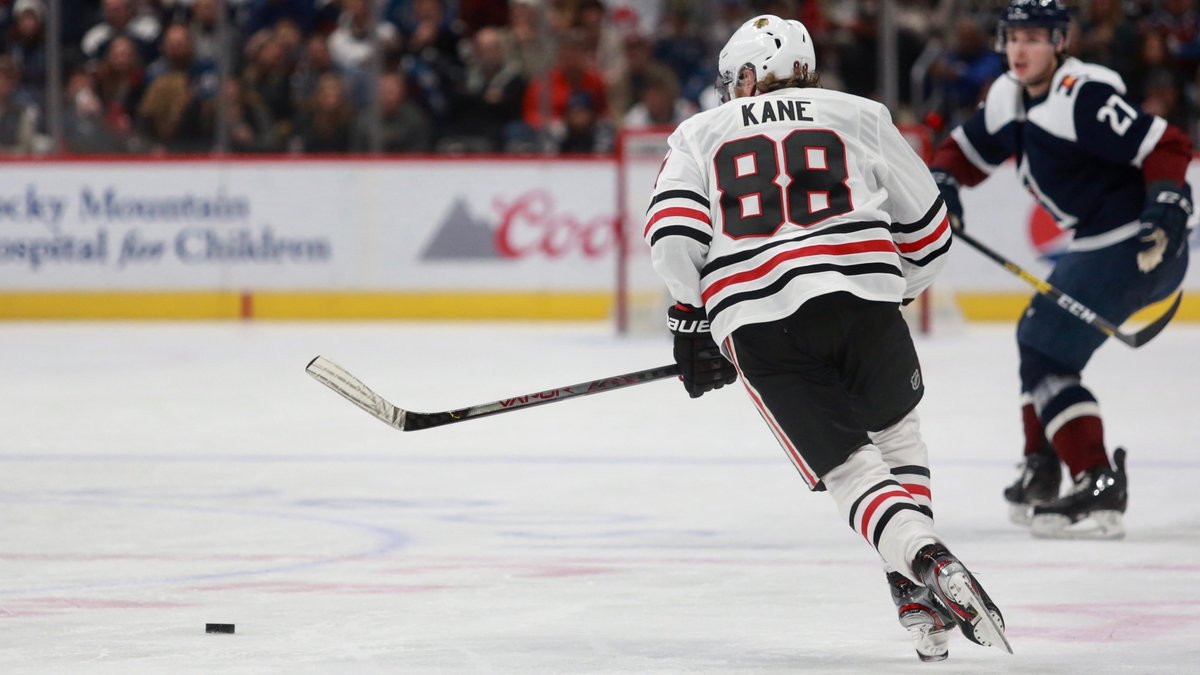 The Colorado Avalanche have owned the Hawks this season. So with the Blackhawks heading into Denver without Brandon Saad, it’s easy to understand if fans made plans that didn’t include watching the game for their Saturday evening.

After starting well in Winnipeg, the Hawks did not look as quick in the first period in Denver. Ryan Graves scored six minutes into the game to give the Avs a 1-0 lead. Robin Lehner made that hold up as Colorado had a 12-6 shot advantage through 20 minutes.

It felt like the Hawks were barely hanging on in the first period.

It felt like they had a fighter’s chance (literally) in the second.

Jonathan Toews tied the game 21 seconds into the middle period.

Patrick Kane, who assisted on three of Chicago’s goals in Winnipeg and scored the fourth, set Toews up for the goal.

Unfortunately the game was tied for just a little more than two minutes. Matt Calvert scored at 2:41 to give the Avs the lead back. Lehner got the initial shot and felt he was on top of the puck but it was loose between his legs. Calvert poked it home and Lehner wasn’t happy about it. The Hawks did not challenge the goal.

Then things started to ge physical.

Eight minutes into the second period, after Dennis Gilbert had a big hit, Gabriel Landeskog sought out the Hawks rookie defenseman and the two dropped their gloves. It was a good old fashioned heavyweight battle that Gilbert did well in.

Soon after tha fight Duncan Keith landed a huge hip check on Joonas Donskoi. And Zack Smith then laid a few big hits in the offensive zone for good measure. Things were getting chippy all over the ice.

The Blackhawks were playing physical hockey and getting the puck on net but weren’t able to tie the game at two. Inside the final minute of the second period Lehner made a terrific save on a Calvert shot. Unfortunately, Calvert retreived the puck and banked a shot into the net off Lehner’s body as he was down on the ice to extend Colorado’s lead to two.

Chicago had a 15-10 shot advantage in the second period. Colorado out-scored the Hawks 2-1 in the period, however, and led 3-1 heading to the third period.

In the previous three meetings the Blackhawks got their lunch handed to them by the Avs. On Saturday night they didn’t fold.

The goal is the 20th of Kane’s career, marking the 13th consecutive season to begin Kane’s career that he’s reached that benchmark.

Down only one, the Blackhawks struck again quickly. Erik Gustafsson threw the puck across the offensive zone and Kirby Dach collected it and put one home in impressive fashion to tie the game.

Dach was having a terrific night at both ends of the ice and was finally rewarded with a goal, his sixth of the season. Gustafsson and Adam Boqvist were credited with assists on the tying goal.

Adding fuel to the Blackhawks fire, Chicago got a power play 17 seconds after the Dach goal. Colorado was able to kill the penalty but the Blackhawks appeared to have legs in the third that they didn’t in the first.

With 3:17 left in regulation the Kane, Toews and Kubalik line went back to work. Toews appeared to target Kane with a pass as Kane was streaking to the front of the net. The pass missed Kane but found Kubalik who sniped home his 10th goal of the season and suddenly the Blackhawks had a 4-3 lead.

With 38 seconds left in regulation and with an empty net at the other end of the ice, Connor Murphy launched a shot from behind the circle to Lehner’s right. It found the back of the net and the Blackhawks had a two-goal lead.

When the final horn sounded, the Blackhawks had a stunning four-goal third period and skated away with a huge road victory.

Toews had a huge night. He had three points (one goal, two assists) and won 15 of 21 faceoffs. He was also credited with two takeaways, one blocked shot and one hit.

Dach had one of his better games as a professional. He led Chicago forwards with four shots on net in 14:50 and scored for the first time in what felt like an eternity.

Dylan Sikura skated for Saad. He was on the ice when Calvert scored his first goal and took only one more shift in the game; he skated only 6:57 on the night.

Kane and Kubalik had one goal and one assist each.