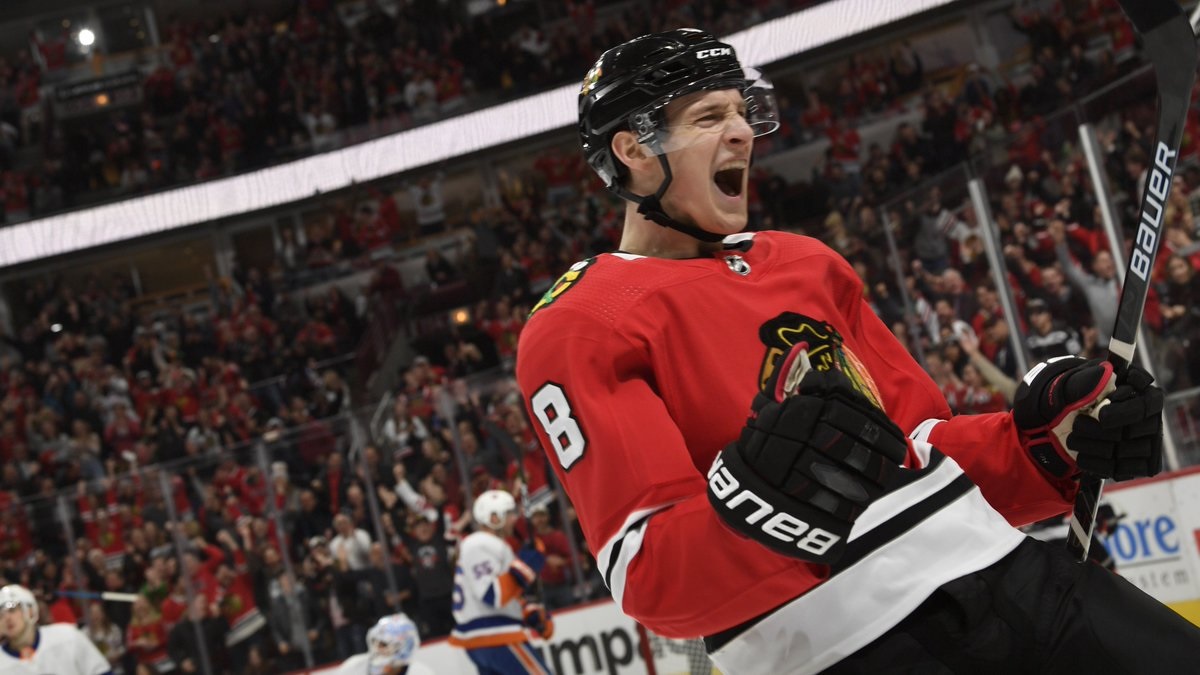 It’s been a tough week for the Chicago Blackhawks and their fans. The team got their lunches handed to them by the New Jersey Devils and headed to the Christmas break waiting to release news about the health of their roster. When the news came, it wasn’t good: Brent Seabrook and Calvin de Haan are done for the year, Brandon Saad is going to miss three more weeks and Andrew Shaw’s status is still TBD.

Fast forward to Friday evening. The New York Islanders, who have been among the league’s hottest teams this year, came into town to face a Hawks team that was also without rookie defenseman Adam Boqvist, who injured his shoulder against his brother’s Devils. Thankfully Boqvist doesn’t appear to need the same surgery that Seabrook and de Haan had (successfully) on Friday.

How would the Blackhawks final home game of the decade play out?

The Islanders, facing their former netminder Robin Lehner, came out of the gate well and scored the game’s first goal. Ross Johnston scored his third of the season at 5:50 into the first period.

Dennis Gilbert’s first NHL goal got the Blackhawks on the board and tied the game 104 seconds later.

Dylan Strome and Duncan Keith picked up the assists on Gilbert’s first goal. And, just as he did with Boqvist’s first NHL marker, fellow rookie Kirby Dach grabbed the puck for Gilbert’s trophy case.

Patrick Kane had the only assist on Kubalik’s goal.

Alex DeBrincat scored 2:10 later and the Blackhawks appeared to have the Islanders’ number.

Strome and Keith picked up their second assists of the night on DeBrincat’s goal. The third of the night also meant Thomas Greiss’ night was over. The goaltender who shared the Jennings Trophy with Lehner last year was called off the ice less than 12 minutes into the game after allowing three goals in 4:22.

When the opening 20 minutes ended the Islanders had a 14-13 shot advantage but the visitors were on their second goaltender of the night and were chasing two goals.

Toews padded the Hawks’ lead with his ninth of the season only 50 seconds into the third period.

Matthew Highmore then scored his first NHL goal since the 2017-18 season at 3:03 and the Hawks appeared to be pulling away.

At 16:21 into the third Matt Martin and Slater Koekkoek dropped their gloves. Martin picked up the extra minor penalty, but it was the Islanders scoring short-handed. Casey Cizikas cut the Blackhawks’ lead to 5-2.

The Cizikas goal marks an unfortunate special teams reality for the Blackhawks, whose penalty kill has improved dramatically in recent weeks. The Hawks have now allowed more short-handed goals (two) than power-play goals (one) in their last eight games.

When the final horn sounded, Lehner had made 38 saves against 40 shots from his former teammates. The Blackhawks bounced back from one of the ugliest losses in recent memory with a terrific team win.

Connor Murphy led all Blackhawks skaters with five shots on net. Keith (23:40) and Erik Gustafsson (20:14) were the only defensemen over 20 minutes, however. Olli Maatta led the Hawks with six hits.

Toews was marvelous. He skated 18:22 and won 14 of 26 faceoffs and added four takeaways to his goal.

Kane led all forwards with 20:12 on the ice but was credited with only two shots on net and one assist.

Highmore finished tied with Strome for the forward lead with four shots on net. Highmore did it in only 9:50, the lowest ice time total among the forwards.

David Kampf had the only assist on the Highmore goal and won 10 of 14 faceoffs.