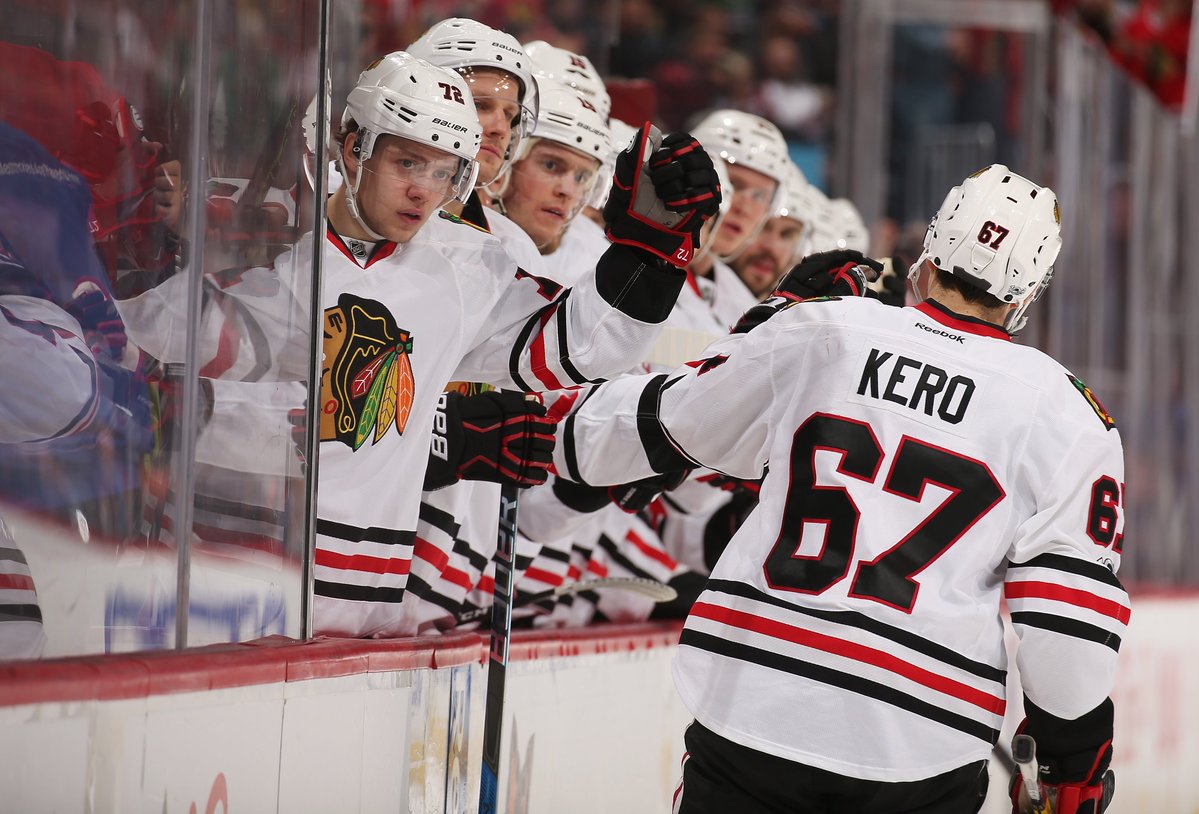 Almost a month ago, we posted a look ahead at the Blackhawks’ future contractual obligations and outstanding free agents.

Now we’re one week away from the Frozen Four coming to the United Center. The weekend will include Blackhawks prospect and Notre Dame defenseman Dennis Gilbert; Minnesota-Duluth, Harvard and Denver are the other three schools left in the bracket.

Since our last post, the Blackhawks have signed a few prospects. One rookie – Tanner Kero – is no longer headed to RFA status after signing a two-year extension.

With all of that in mind, let’s update the Blackhawks’ future contract statuses. Here are the prospects the Hawks have signed through at least the 2017-18 season. Dylan Sikura announced he will return to college for another season, and the Blackhawks still own the rights to now-former Boston College captain Chris Calnan.

Chicago has signed two veterans – Michal Rozsival and Jordin Tootoo – through next season in an effort to meet the requirements of the expansion draft. One other prospect, Roy Radke, signed an ATO contract with Rockford but won’t play for the IceHogs because of shoulder surgery.