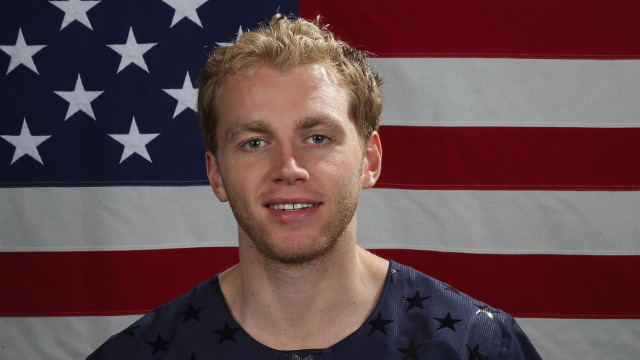 On Thursday morning, the United States began their Olympic tournament with an emphatic win over Slovakia. In the game, the US tied the country’s record for goals in a period when they scored six times in the second to blow a tie game wide open.

Blackhawks forward Patrick Kane had two assists and played a very good game for the US. Phil Kessel led the Americans with three points (one goal, two assists) and Paul Stastny scored two goals in the blowout. Kane started the game on a line with Ryan Kesler and Dustin Brown, and was credited with an assist on goals by both players. For Slovakia, Marian Hossa was credited with the only assist on Tomas Tatar’s goal that tied the game early in the second period. Unfortunately for Hossa and his teammates, that was the total of their offense in the game. Michal Handzus was credited with two shots on net for Slovakia.

2 thoughts on “USA Blows Out Slovakia”