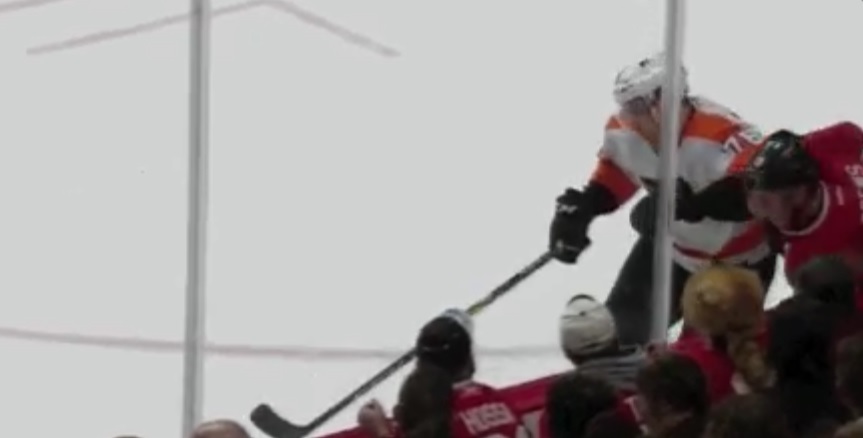 In the first period on Wednesday night, Philadelphia’s Chris Vandevelde received one minor penalty for elbowing Chicago captain Jonathan Toews. On the play, Vandevelde appeared to target Toews’ head, and there was a lot of discussion on Twitter from around the league about it only getting a two-minute minor.

had requests for this but didn't catch it when it happened earlier – here is the elbow on Toews pic.twitter.com/bIaw1851JX

On Thursday morning, the league noticed.

Philadelphia's Chris Vandevelde will have a hearing tomorrow for elbowing/illegal check to the head on Chicago's Jonathan Toews.

10 thoughts on “Vandevelde Gets Hearing For Toews Hit”