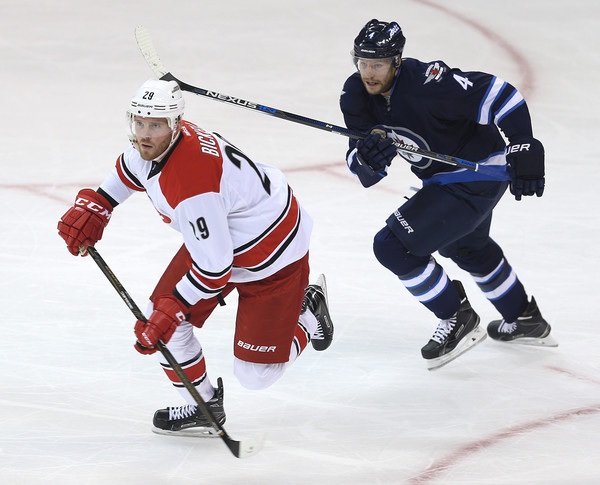 Bryan Bickell returned to the ice for Carolina on Thursday night, his first game since being diagnosed with MS.

Originally a second round pick (#41) by the Blackhawks in 2004, Bickell appeared in 384 regular season games with Chicago. He had nine goals and eight assists in 23 postseason games as the Hawks won the 2013 Stanley Cup.

For as much as Bickell got hammered by fans (and media) in Chicago for lack of performance after signing a four-year, $16M deal in the wake of the 2013 Final, he has always been one of the true gentlemen and class acts in the game. He has always been up front about his performance, good or bad, and been willing to stand in front of a mic.