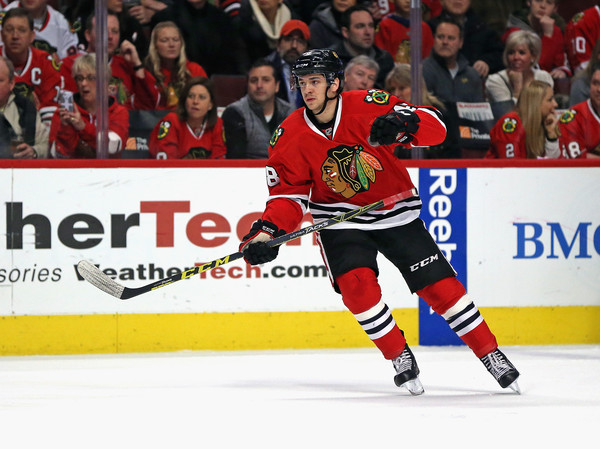 On Thursday, USA Hockey announced Blackhawks forward Vince Hinostroza has been added to the roster for the upcoming World Championships.

Hinostroza, 22, had 18 goals and 33 assists in 66 games with Rockford this season; he also appeared in seven NHL contests, but failed to register a point with the Hawks.

The Blackhawks selected Hinostroza in the sixth round (169th overall) in the 2012 NHL Draft.

Hinostroza joins Blackhawks prospect Tyler Motte among the forwards on the US roster for the tournament, which will be held May 6-22 in Moscow and St. Petersburg, Russia.

9 thoughts on “Vince Hinostroza Added To US Roster”