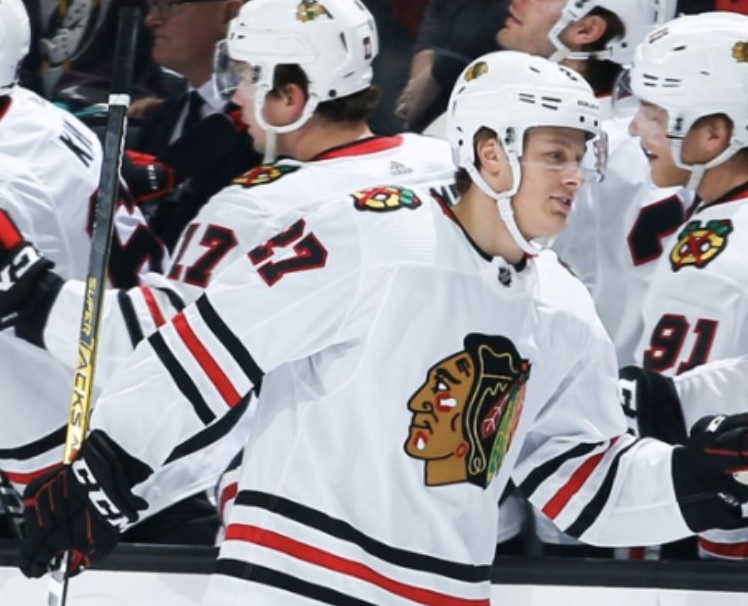 Just as a Blackhawks power play came to an end Alex Nylander set up Adam Boqvist for his first career NHL goal.

Jonathan Toews was credited with the second assist on the Boqvist goal.

It’s worth noting that Kirby Dach was the Hawks skater who immediately grabbed the puck for Boqvist. One rookie making sure another got his first goal.