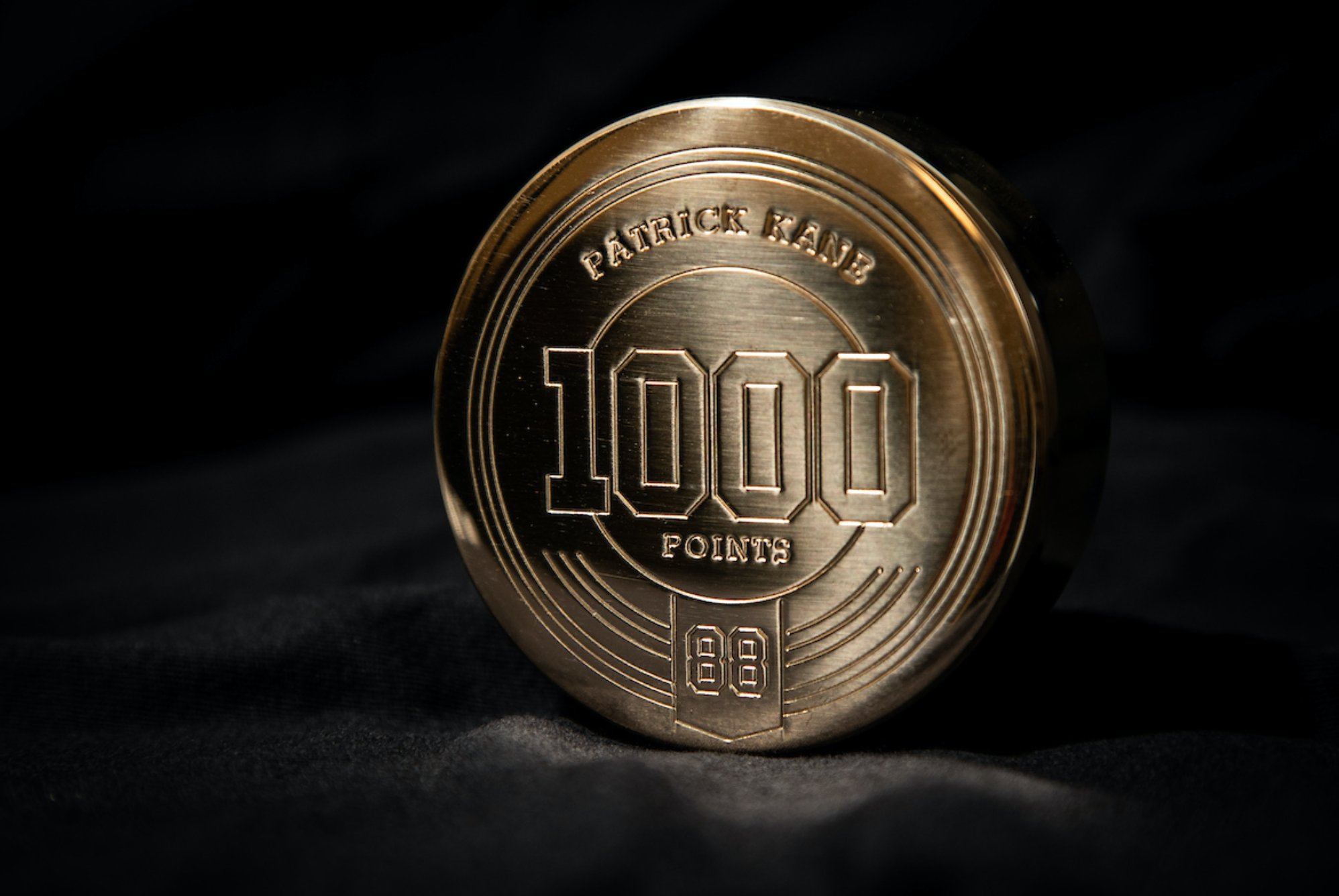 Patrick Kane was presented with a gold puck from Denis Savard and Jill Mikita, alongside his parents, sisters and girlfriend. #1Kane pic.twitter.com/tTGUe2pp5J