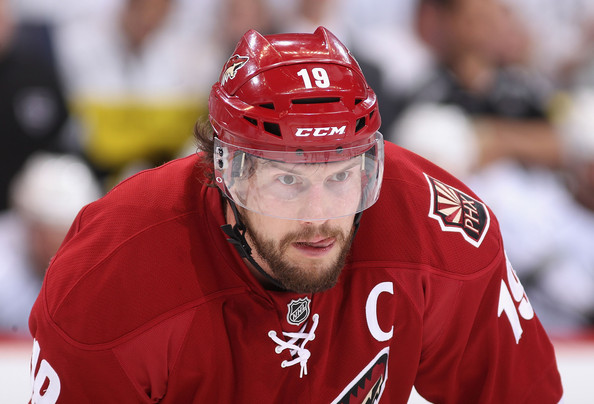 The   Arizona Coyotes will begin the 2014-15 season with a fresh outlook, thanks to a relatively new name and, most importantly, new ownership. But can they get back into the playoffs? After looking at the Flames, Oilers and Canucks, let’s continue our Western Conference preview series with the Arizona Coyotes. “But how will they overcome the losses of Bissonnette and Ribeiro?” asked not a single person in the universe. The Coyotes have a nice group of prospects ready to jump into their NHL lineup, and the addition of Gagner for next-to-nothing this summer gives them another scorer in their top six.

Where Gagner slides into the lineup could be an ongoing discussion. Samuelsson and Domi have both impressed, and could fight for an NHL roster spot. If they move onto the second line, Gagner could find himself in the familiar role of playing wing with younger players.

The loss of Vrbata will make a bigger impact than some might want to admit, but getting Ribeiro out of their dressing room was a bold but necessary move this summer.

Arizona’s prospect depth won’t only impact their forward lines. While they have answered the ownership question, one cloud that continues to hover over the Coyotes is the future of Yandle.

Their most productive defenseman, Yandle could bring a nice package in return from a team looking for stability on their blue line. But he is entering the final two years of his current contract, and the soon-to-be 28-year-old defenseman might be on the move as soon as youngsters Murphy and Gormley show they’re ready for regular NHL minutes.

One area to keep an eye on is in net, where Mike Smith enters the second season of a six-year, $34M contract. Only Henrik Lundqvist, Marc-Andre Fleury and Antti Niemi have played more regular season games over the last three years than Smith, who has appeared in 163 contests. The addition of Devan Dubnyk presents an upgrade to the back-up role, something desperately needed.

At some point they’ll move Yandle, and when that happens the youth movement will be in full-swing. There are some talented young players coming for the Coyotes, but an average team doesn’t make the playoffs in the Western Conference.