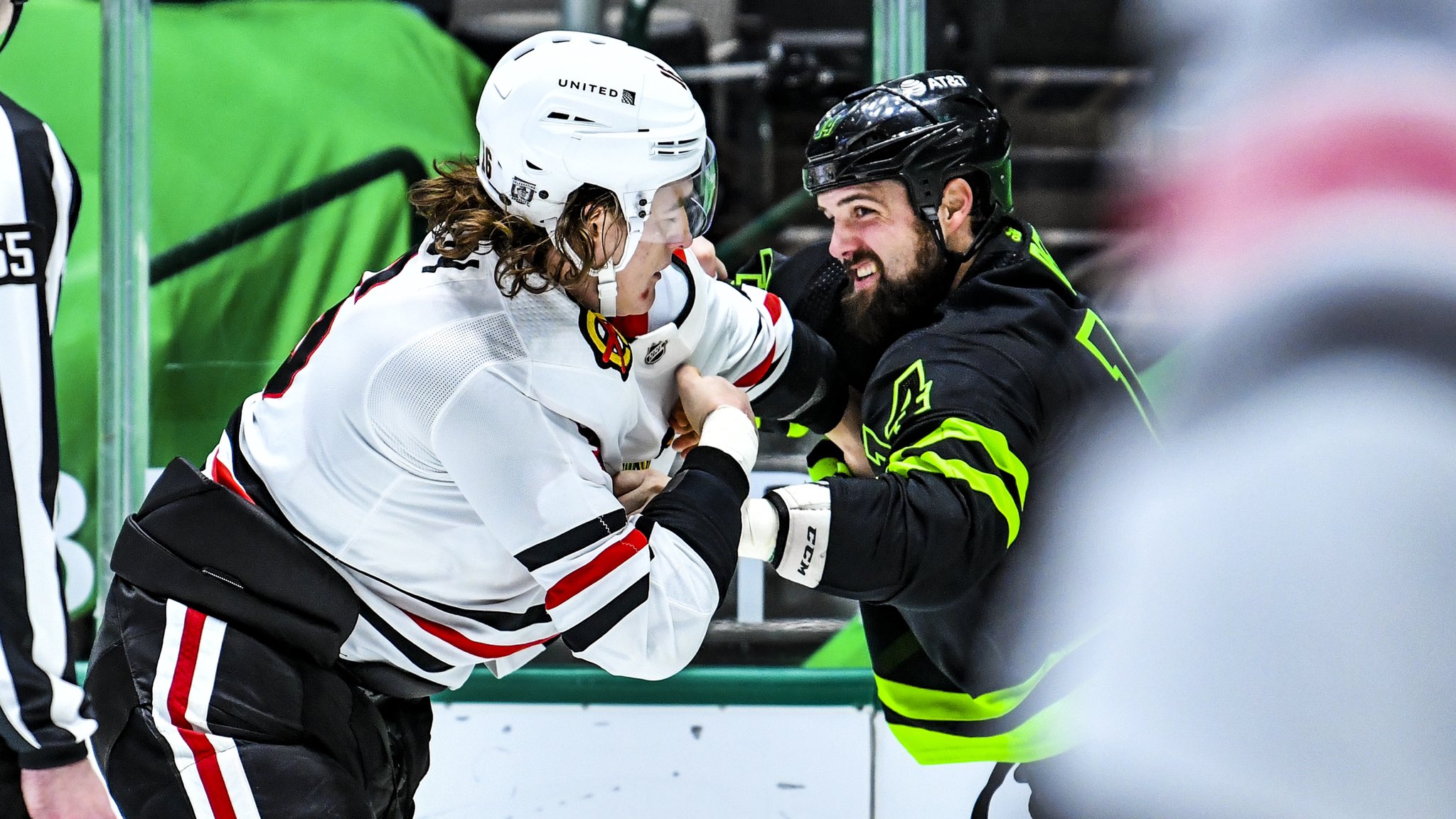 Tuesday was a busy day for the Blackhawks’ front office. They acquired Marc-André Fleury, Tyler Johnson and a draft pick in two trades. The cost: $12 million in cap space and… nothing else. The Hawks are suddenly buyers.

But that begs the question: what the hell are they doing?

If we look at just the players with signed contracts on the Hawks’ NHL roster right now, they’re seemingly full.

That roster shows the Blackhawks having $2,469,953 in available cap space remaining. That number could jump back to over $9 million if Fleury opts to retire instead of joining the Hawks for the 2021 season.

Not included in those positional listings:

Of course, Andrew Shaw (and his $3.9 million cap hit) is still headed to LTIR this season. But those are three players who could potentially still be in Chicago without space on the roster for any of them.

And the Hawks are reportedly still talking to David Kampf about returning.

At least for now.

It was a bit of a surprise that the Blackhawks didn’t place Connolly on waivers to buy him out before the deadline on Tuesday. Carrying a $3 million cap hit, it’s hard to see how/where he fits into the roster — especially now that Johnson has been acquired.

Odds are likely that the Blackhawks aren’t done dealing.

Zadorov and perhaps Dylan Strome could find a new home soon. There would figure to be a potential market for either/both. The pause when considering a trade of Strome is not being completely certain that Jonathan Toews can/will return for a full season, or that Borgström is guaranteed to have an NHL roster spot.

In short, the Blackhawks have too many players for the number of roster spots available and are now running a little thin on cap space if they wanted to add anything from outside the organization, much less keep Nylander, Hagel and/or Zadorov.

As we get closer to free agency opening, Bowman might stay active on the trade market. Fleury’s decision will impact anything the team wants to do moving forward, but the Hawks do have options if they want to continue improving the roster.

24 thoughts on “What Are The Blackhawks Doing?”