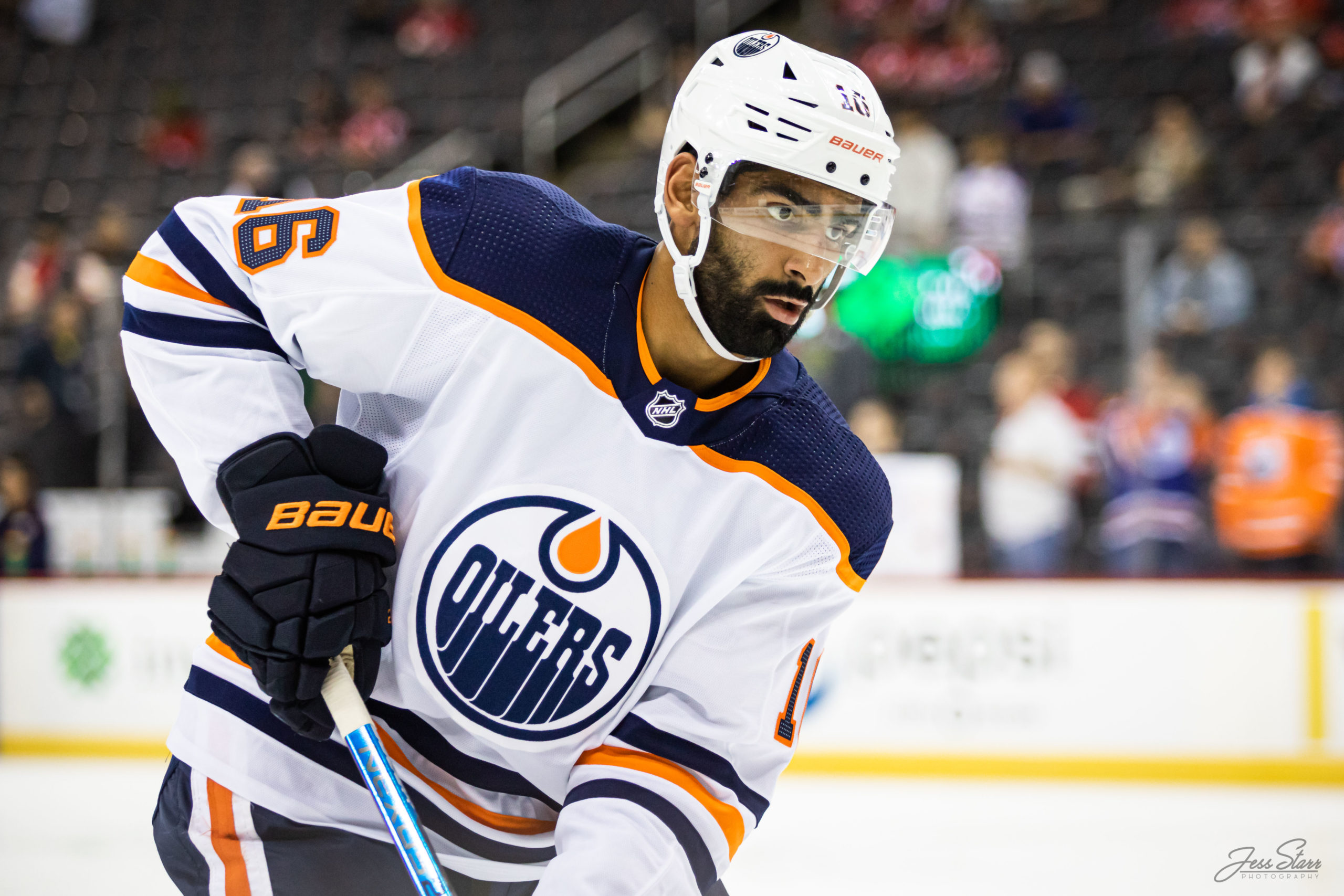 When free agency opened in the NHL at the end of July, the Chicago Blackhawks surprised a few people when they signed forward Jujhar Khaira to a two-year deal.

As we outlined when Khaira signed, he brings a physical element the Hawks lacked up front last year. He’s a hitter; last season, Khiara was credited with 151 hits (18.79 per 60 min. of ice time).

But now that Brandon Hagel has re-signed (even without Alex Nylander having a new deal done), it’s hard to see how/where Khiara fits into the 2021-22 Blackhawks.

According to CapFriendly, the Blackhawks have 14 forwards signed to NHL deals. That number does include Brett Connolly, but does not include Lukas Reichel. Reichel was the team’s top pick in the 2019 NHL Draft and indications are that he’ll get a look at the NHL level in the coming season.

So let’s look at just the 15 forwards with NHL contracts (again, not including Reichel or Nylander).

The top six appears to be relatively set.

It appears Jonathan Toews is back, which is a huge addition to the roster. He and Kirby Dach would figure to be the top two centers on the roster. Patrick Kane and Alex DeBrincat will hold down two of the wing spots. Tyler Johnson, Dominik Kubalik, Brandon Hagel, Philipp Kurashev and even Adam Gaudette could battle for the other two wing spots.

That’s five forwards fighting for the final two wing spots in the top six. Math tells us the other three will filter down to the bottom six.

As the roster is currently put together with NHL contracts, Johnson, Dylan Strome and Henrik Borgström will battle for the third center position. Whether or not Strome is still on the roster on Opening Night is TBD, but Borgström didn’t sign with the Hawks to return to the NHL for a lovely winter in Rockford.

Reichel is also a center who could figure into the top-nine mix.

The loss of Kampf opens a spot for a fourth-line center. One of Strome, Borgström or Ryan Carpenter could slide into that role. Khiara won 45 percent of his faceoffs last year; he isn’t going to be an improvement from Kampf and likely wouldn’t be better than Carpenter. And, if Johnson is the third-line center, that pushes another center further down the lineup.

And, again, Connolly is still on the Blackhawks’ NHL roster. He has not been bought out or sent to Rockford.

So what could the Hawks’ forward lines look like if, without Reichel and/or Nylander in the mix, the current NHL players are considered? (These lines are not set in stone by any means; they’re for the purpose of this conversation.)

Strome is as good (bad?) as Khiara at the dot and provides more offense. Reichel is the future of the organization. While neither of them hits as frequently as Khiara, their offensive upside makes them better options in the lineup than Khiara. For what it’s worth, Hardman averaged 25.93 hits/60 min. – making Hardman a better option than Khiara as well.

And then there’s the curious case of Nylander, who has shown flashes of brilliance and also been frustratingly inconsistent.

The point being: Khiara is the odd man out. His cap hit ($975k) makes him a very viable option to send him to Rockford. But his play on the ice doesn’t warrant a roster spot ahead of the players already signed.

36 thoughts on “What role does Jujhar Khaira have on the Blackhawks?”